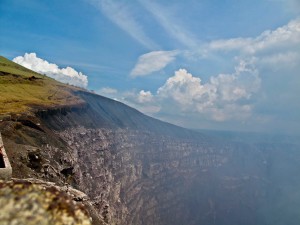 Being in Central America was a turning point in my life.  My goal of visiting 30 countries by the age of 30 was almost met; Costa Rica was my 29th country visited and I had only a few short months before my 30th birthday. My husband and I had planned on renting a car and touring as much of Central America as possible. The restrictions on car rentals and insurance policies put a damper on my life-long goal and I worried that I was going to fall short. The Colonial Granada Nicaragua & Masaya Volcano Tour from Guanacaste, Costa Rica solved my problems and washed my worries away.

We toured the city of Granada, appreciated the beautiful architecture, and admired interesting colonial and historic landmarks. The thing that stood out, however, was not the 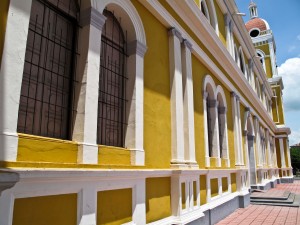 abundance of churches that proved the influence of religion or the numerous colonial landmarks exhibiting the history and culture of the city; the people are what made Granada interesting and intimidating at the same time. As young children swarmed us begging for money and trying to sell everything, including the shirts off their backs, I was overwhelmed and greatly feared being pick-pocketed. I had heard stories of begging children and I had witnessed, first-hand, the power of numbers when it came to children begging, but for the first time in my life, I actually worried about my surroundings. In my past experiences in other countries, these children would go away if I ignored them long enough or emphatically told them “No”, but the children in Granada became more aggressive and abusive each time I turned them down. My husband was protective, which helped to lessen my anxiety and luckily, our tour guide handled the situation and herded us into a colonial church.  I was grateful for his authority over the children and even more grateful that my husband and I hadn’t made the journey on our own. The power in numbers works both ways and traveling with a tour group limited our exposure to the grabbing hands and wanting eyes. 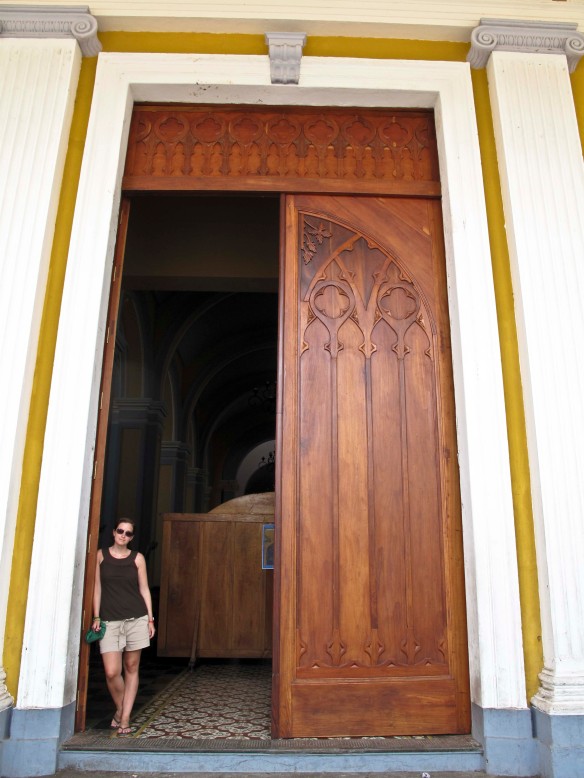 In the afternoon, we visited Masaya Volcano National Park. We had the opportunity to walk to the very edge of the volcano, bare the excessive heat, and look all the way down to the bottom. Standing on the “other” side of a concrete barrier, I gasped at the sight of a huge hole, big enough to swallow five football fields. The white cloud of hydrogen sulphide billowed up towards me and the wave of heat hit me like a rock. Darren patiently took pictures despite the heat, which allowed me to fully take in the environment. As I stood at one of only two active volcanoes that have a paved road to the top, I marveled at the long fields of ruffled black lava and the stunning, active crater that lay below. What appeared to be a scorpion ran cross the cracked walkway leading to my feet and that was the sharp end to my sightseeing experience at the Masaya Volcano. The high temperatures and steep steps to major viewing areas were all manageable, but I draw the line with poisonous arthropods. 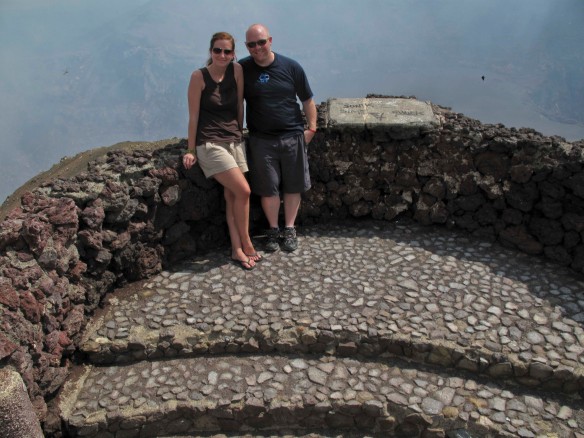 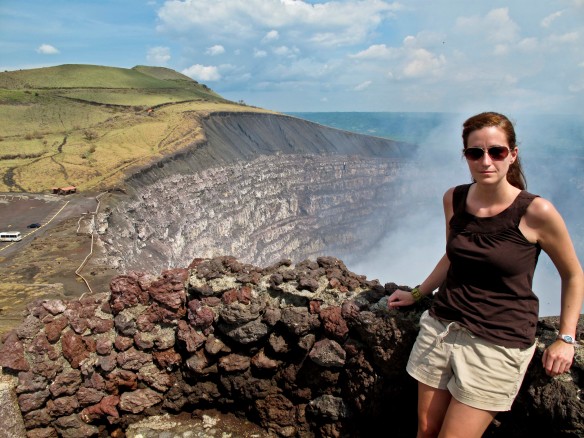 Our day in Nicaragua concluded with some shopping at the Masaya Indian Market. This handcrafts market, the largest in Nicaragua, was overflowing with colorful hand-woven hammocks, embroidered clothing, wood carvings, and hemp weavings such as wall hangings, hats, and floor mats. I haggled with the vendors  and found myself with two beautiful, handmade dresses for $10 each. 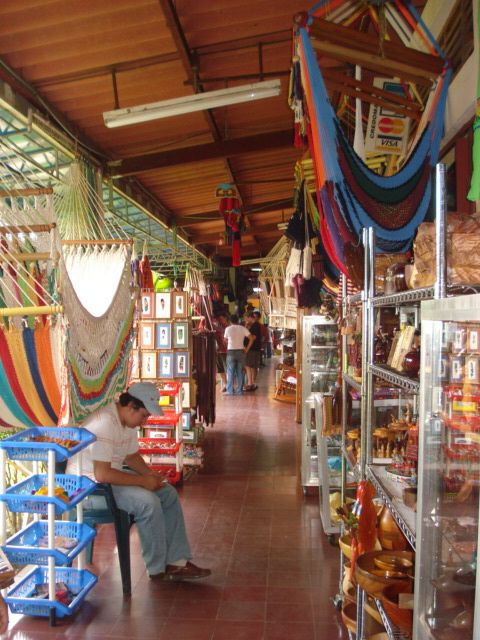 Exasperatedly, I headed toward the bus. The cultural aspect of Granada, the visual stimulus of the Masaya Volcano, and the haggling at Masaya Indian Market made my 30th country a worthwhile, memorable journey, but I was ready to put my feet up and relax, an easily accomplishable goal when I returned to my all-inclusive vacation paradise in Guanacaste, Costa Rica.