What is the perfect gift for a man? No, what is the ultimate first anniversary gift for an amazing husband who has given me everything in life? My husband, Darren, and I just had our first anniversary and I wanted to come up with a unique, special gift that reflected our relationship. Surf lessons? Nah, I’m having way too much fun watching him getting his butt kicked by waves while we try to learn ourselves.  A new backpack or camping gear? Still

not good enough. I wanted a different kind of present altogether: an experiential gift! I closed my eyes and imagined him scouring the skies in a real military aircraft, engaging in aerial combat, and returning to base VICTORIOUS! As a wife, I was capable of making my husband’s greatest dreams of being a fighter pilot come true with Air Combat USA. The price tag on the “Top Gun” experience offered by Air Combat USA in Fullerton is about $1,300, but the experience is priceless.  It was a worthy gift, symbolic of our first adventure-filled year together.

Air Combat USA is the ORIGINAL civilian dogfighting school in the world. They are the innovators of air combat training for civilians. They set the standard for program design and execution, offering a fighter pilot experience second to none. Their guest pilots fly real fighters with licensed fighter pilots in the cockpit with them. All aircrafts are outfitted with high-end digital multi-camera systems to capture your fighter pilot experience. 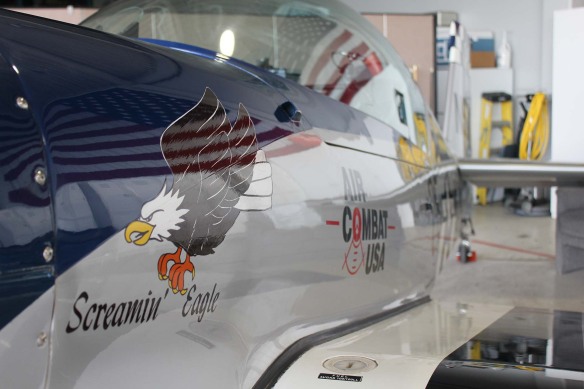 Fully briefed, I watched Darren zip into a flight suit and strap into an aerobatic, Italian-built fighter. Within 15 seconds of take-off, Darren was in full control of a 300 horse-power, 1700-pound, military fighter aircraft. 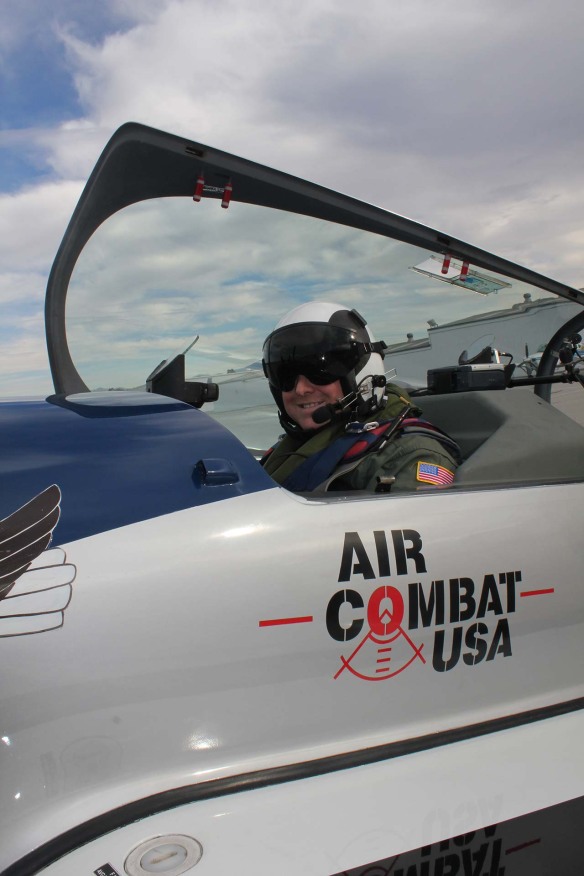 After take-off, he learned the art of formation flying on the way to the practice area. As a wingman, Darren’s role was to stay to the right, back, and lower than his leader. Even from the ground, I could see the focus, finesse, and precision required in formation flying. It was a compellingly beautiful experience to witness both planes line up in the sky above. 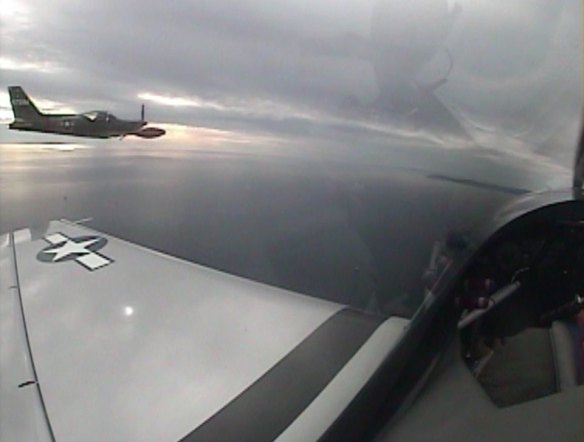 In the skies over the Pacific Ocean, accompanied by a licensed fighter pilot in the cockpit, Darren practiced mock fighting another plane flown by a fellow adrenaline-seeking customer. Straining under high G, out-smarting and out-maneuvers the other pilot was the top priority. Each pilot was given the opportunity to be the practice aggressor before being set loose on the real dogfight. 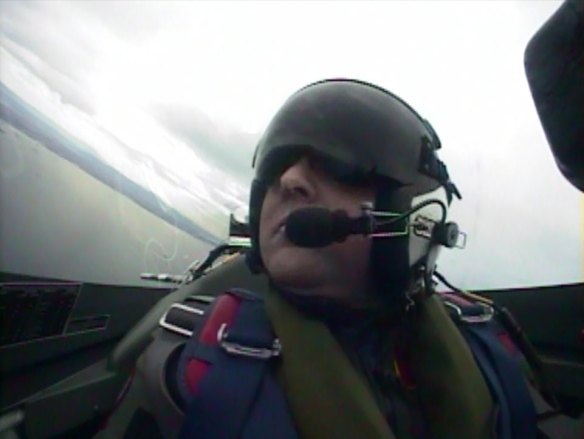 The other fighter plane came almost head-on into Darren and passed on his left; that was the beginning of their dogfight. Darren did a high yo-yo, pulled on the stick, went vertical, and cranked his neck up in order not to lose sight of his enemy. On top of the half-loop, almost weightless, he rolled the plane and dove behind his target. He sighted the enemy aircraft in the center of his gun sight . “GUNS! GUNS! GUNS!” The gun sight video cameras recorded his “kill” as the other aircraft billowed smoke. Watching the video after his flight left me with feelings of pride. Not only did he love the experience, but he was very successful during the journey. 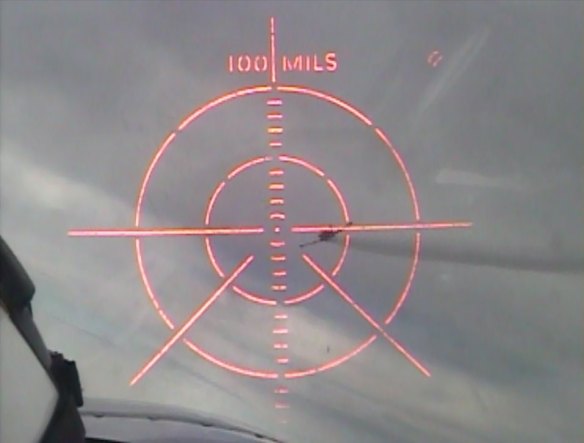 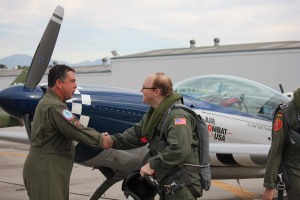 accumulating stuff and these memories will last a lifetime. Darren said, “Dogfighting is the most adventurous thing I’ve ever done in my life! It’s speed; it’s freedom; it’s guts; it’s finesse; it’s focus; it’s skill; it’s the best gift you could have given me!” I was truly successful in giving a unique, special gift housing memories that will last a lifetime. What do you have planned for your significant other in the near future? Maybe Air Combat USA could be in your gun sight.

Staying in Touch with My Inner Top Gun

“The helicopter is evidence of how man’s imagination can be given physical form.” ~Wheeler, Howard A.

Come Be Part of the Sky – My First Airplane Pilot Lesson