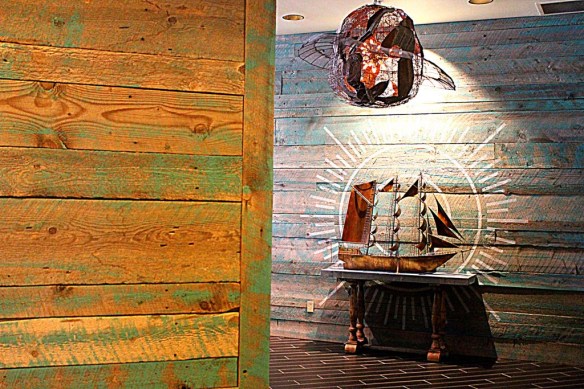 My favorite part of dining out is ordering dessert but by the time I try a few things on the menu, I never have enough room to finish it. Vessel Restaurant at Kona Kai Resort & Marina is known for its regional, coastal fare and unique cocktails but since I wasn’t ordering any of their signature dishes, I decided to start with the dessert, assuring I had room for my favorite part and then going back to the beginning with appetizers and a main course. Why not start with the dessert first when it’s my favorite part? Besides, I was on vacation and I was there to relax. I was going to make it all about my favorite things.

I gave the waitress a heads up about my plan so there was no confusion about when the dessert should come. I ordered the Kona Brownie with caramelized banana, coconut caramel fudge, and vanilla ice cream. When she delivered the plate, I was so excited about my decision. I was going to have lots of room for all of the deliciousness that was on the table. 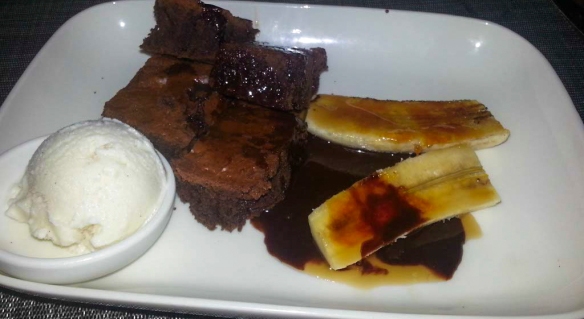 After considering licking the plate, I was ready to order an appetizer; knowing that regardless of what everything tastes like from here on out, I was already satisfied. It was a fun way to go about dinner.

Darren, Athena, and I shared a Charcuterie and Cheese Board with grilled crostini and a Wedge B.L.T Salad with sugar braised bacon and jalapeno ranch. Athena was as excited about the cheese board as I was about the dessert. She would live in cheese if I’d allow it. The biggest surprise, though, was the B.L.T. salad. The usual combination with a unique flare was scrumptious. Maybe I should have asked for that sugary bacon to be brought out with the dessert. It was sinful.

I know at this point you’re wondering if I still ordered a main dish and the answer is yes and I ate it all too. Vacation remember? I ordered the New York Steak with arugula and chimichurri and Darren ordered the Seared Tuna. We figured if we were having everything we wanted and in the order we wanted it, we’d let Athena have her favorite as well so she had a big bowl of mac and cheese. She was so anxious to eat it that I didn’t even take a photo before she had her hand in the bowl. 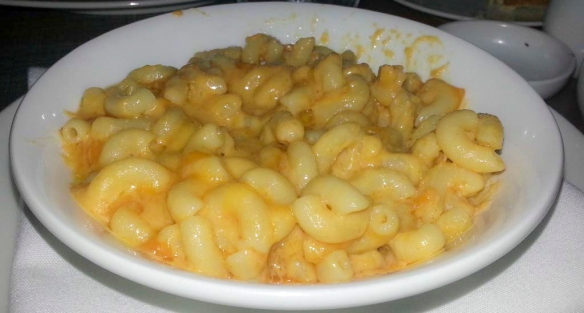 It shouldn’t be unusual that we ordered dessert first. If you’re going to have it at some point during the meal then I don’t really see the difference, except you can be certain you’ll have room to fit it all in. I know it’s important to have a healthy lifestyle with smart food choices but every once and a while we like to be like kids again and eat whatever we want.

43 thoughts on “Why Not Start with Dessert First?”