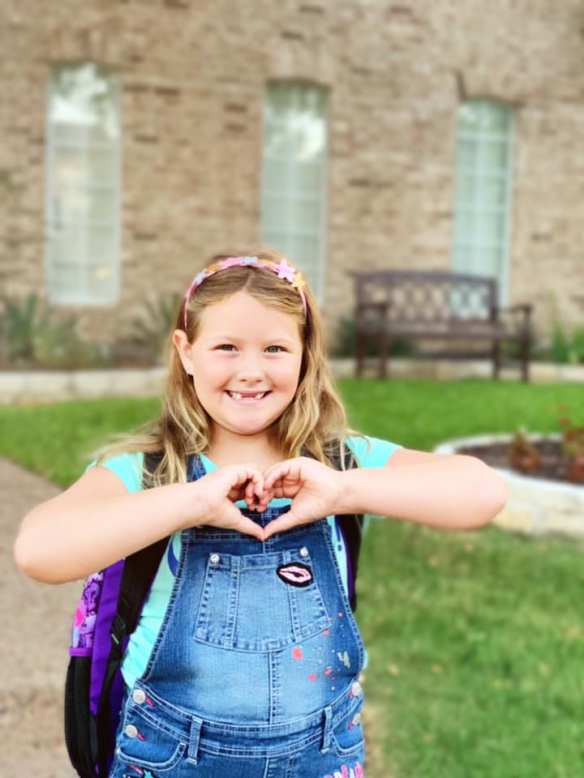 Athena started school in Frisco, Texas on August 15th. The community made it the best first day of school ever. Many of the families in the neighborhood gathered together to walk the kids to school. They chalked the sidewalks with positive messages for the kids and made the first day a memorable one. This is life in Frisco. END_OF_DOCUMENT_TOKEN_TO_BE_REPLACED jet pack, swimming with whale sharks, and traveling to 35 countries. Last year’s focus was aerial feats such as aerobatics in a biplane, piloting a helicopter, and skydiving (again). This year I wanted to have a focus, but it had to be new and push the limits; after all, what’s the point of a bucket list? I found a company called QuintEvents and they were the answer to my huge bucket list dreams for 2013. Sports have influenced my life since I was a child. I played basketball, volleyball, and baseball from the age of 3. Then, as a young adult, I started coaching basketball, volleyball, soccer, field hockey, and even dragon boat racing. I’m surprised it took me this long to include sporting events on my yearly list, but this year they’ve found their place in a big way. QuintEvents are the experts for creating sports and entertainment experience packages that will be remembered for a lifetime. They are the only event company with Official Relationships with 6 of the world’s most prestigious event organizers! Rather than just attending an NBA game, I included a QuintEvents package on my list. They did NBA All-Star 2013 in true bucket list style and I’m already dreaming about my next QuintEvents experience. END_OF_DOCUMENT_TOKEN_TO_BE_REPLACED

always as a fan but attending NBA All-Star 2013 was much more than just attending a game. Being a dedicated fan is a lifestyle and being immersed in that lifestyle was an eye-opening, life-altering experience. I’m already planning my next sporting event. It’s like living in a constant state of adrenaline-filled exuberance. Even if you’re not a huge sports fan, actually being in the crowd is an amazing feeling. Try it once and I bet you’ll be hooked like me. END_OF_DOCUMENT_TOKEN_TO_BE_REPLACED

Yesterday was a whirlwind NBA bucket list day. I did so much in one day that I don’t really 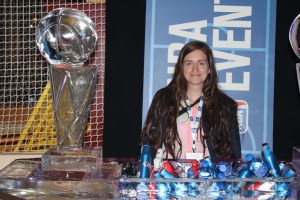 know where to begin. I have enough video footage and photos to post for a month. I’d like to share the best, most overwhelming moments with you but how do you condense 1440 dream-like minutes into one post? I guess there were a few particular moments before the game that made me say, “I couldn’t even dream of this.” Let’s begin there. END_OF_DOCUMENT_TOKEN_TO_BE_REPLACED

What an amazing night! The 2013 Sprite Slam Dunk Contest was unbelievable. I’m 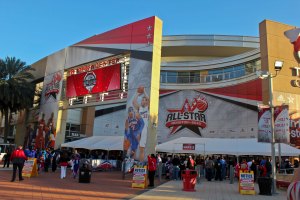 hooked! I’ve never been to a lot of professional sporting events so my only real knowledge of it was what I saw on tv, but you can’t compare the experience of actually being immersed in the environment to sitting at home on your couch. The energy, the people, the comments, the vibe from the crowd of thousands is overwhelming. Combine that with some serious dunks from the best of the best and you have a situation where being awake is better than your wildest dreams. END_OF_DOCUMENT_TOKEN_TO_BE_REPLACED

over Team Shaq. Every time Kenneth Faried of the Denver nuggets touched the ball, he got a basket. 40 points in 40 minutes, along with 10 rebounds, made him worthy of the MVP Award in the BBVA Rising Stars Challenge! It didn’t take floor seats to see that Faried is a “rising star”, but there was more to the evening than rising stars and sinking baskets. The Little Dippers, the Kiss Cam, the Dance Cam, the Rockets Power Dancers, the Mascots, the announcers, the cameramen, and the energy in the crowd all came together to create the magical event that I envisioned. END_OF_DOCUMENT_TOKEN_TO_BE_REPLACED

One of my first memories in life was watching my brother, Marshall, dribble a basketball. I was maybe three years old, my brother maybe five, and my grandfather set up a basketball net in his driveway. I couldn’t dribble so I bounced the huge ball with both of my hands. It was massive, bigger than my head, and I had no idea how people actually held it in one hand. I looked up to my brother and was in awe of his master talents. He could actually dribble the ball with one hand and he was strong enough to shoot it at the net. He was going to be in the NBA and I was going to be his biggest competition. Until then, I would watch his every move and learn from the best. That’s what big brothers are for, right? END_OF_DOCUMENT_TOKEN_TO_BE_REPLACED