and electrifying. The longer you are there the better it gets as long as you continue drinking the dark stuff. Guinness plays as much of a role in Irish history as Kilmainham Gaol. The seven floors form the shape of a massive Guinness glass, which would hold 14.3 million pints of Guinness if filled.

The tour begins on the ground floor with a visit to the retail store. I searched the store for gifts, but quickly realized that it was cheaper to buy Guinness products from Carroll’s Gift Shop.

There was a massive exhibit that held water, barley, hops and yeast. It explained how they are combined to make the perfect Guinness pint. I had a small plastic bag in my pocket and I scooped a handful of each of the main ingredients, minus the water, into the bag. I am pretty sure that the ingredients are not meant to be taken, but I knew it would make an excellent keepsake. I tried to be secretive about my product pocketing, especially after spending some time in the jail and no one seemed to notice.

On the third floor, I took my time watching Guinness commercials and looking at the advertisements when I noticed a ticket on the floor. I picked it up and the beer stub was still attached to the bottom. I looked around, but no one was near the ticket. It was like being Charlie in the Chocolate Factory, but the adult version. 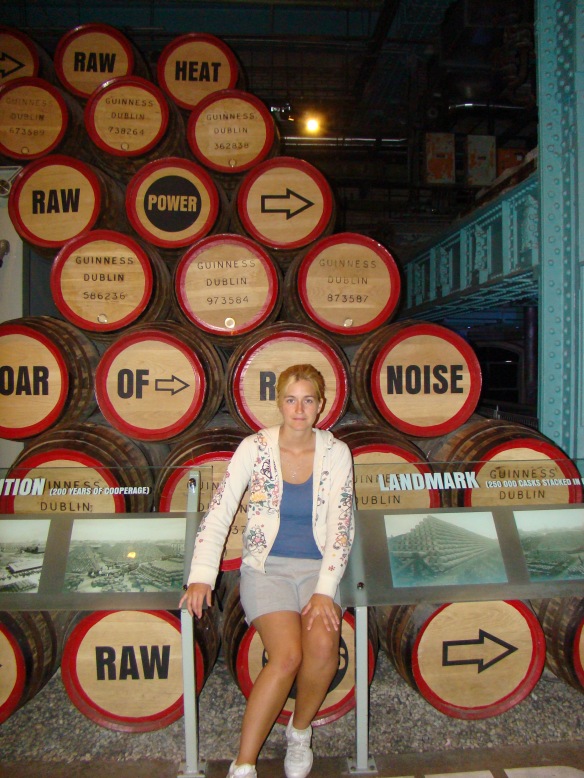 I noticed a security guard standing close to the door so I told him about the ticket and asked if I should return it to the main desk. He smiled and said without a name on the ticket it would be impossible to claim so I should keep it. He asked where I was from and after a friendly conversation about the similarities between Irishmen and Canadians, he offered me two more tickets. “Enjoy your Guinness,” he said before shaking my hand.

By the time I made it to the Gravity Bar, I had several “tastes” of Guinness and I was about to try my first pint directly from the brewery. 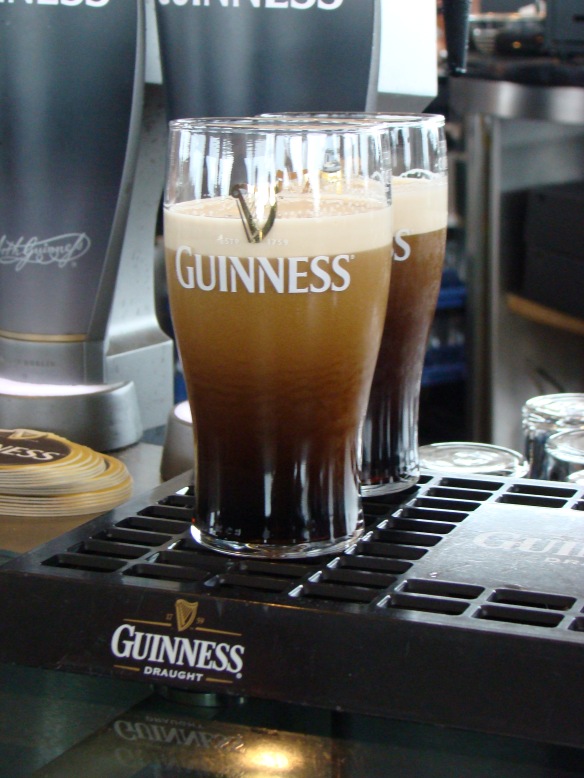 Needless to say, when I was ready to leave, I was feeling the 4 large glasses of Guinness. Drinking Guinness is not like drinking a light beer; it fills you up and quenches your thirst at the same time. The only thing I’d suggest is walking around after each glass so you have a true understanding of where you stand with the drinking. It’s always good to know who is winning – you or the alcohol.

building since I’m pretty sure I was not the only person to consume my weight in beer before trying to stumble out of the storehouse.

By the time I made my way down the stairs and out the door, I was ready to hit the pubs and it was only 6pm.

Needless to say, I was in for an interesting night.