Each year, it gets harder and harder to create a new, unique Yearly Bucket List with ideas that top the previous years. I spend hours dreaming of the “what ifs” as if I could do anything in the world and then I add the craziest, most extreme ideas to my list, thinking outside of the box and completely forgetting about restrictions. Flight and everything that it encompasses has always found its way onto my list and lead me to new heights so this year I thought… heck, I might as well try being the pilot for a change. Being a pilot is one of 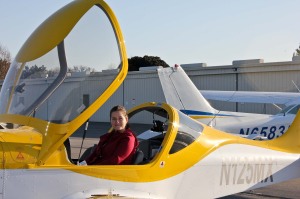 those things that kids imagine, but it doesn’t exactly seem like reality. Pilots are part of an elite club and an introductory lesson from Adam Zeeman, at  Sunrise Aviation, reminded that not even the sky is the limit. Sunrise Aviation is a Flight Training Academy in Orange County that is committed to providing a full range of conventional and aerobatic flight instruction. They have been in business at John Wayne Airport for over thirty years and have gained a national reputation for excellence. I may have been simply interested in seeing what it felt like to pilot a light aircraft, but after jumping into the pilot’s seat, I found a new hobby. 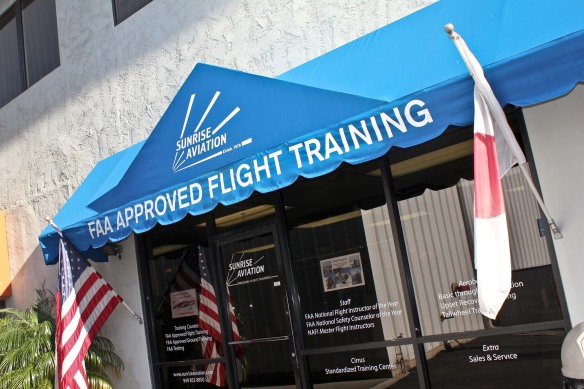 Before I got into the pilot’s seat, I receive a briefing from my instructor, Adam, on the techniques and safety aspects of light aircraft flying. I originally assumed I would only control a very small part of the actually flying, but during my briefing, I learned that I would take-off and fly most of the time while Adam would only handle all of the landing. He explained the primary cockpit controls, such as the rudder pedals and the joystick, using diagrams on a whiteboard in his office. He was extremely friendly and put me at ease immediately. Knowing that he was a family man and that he had a six-year-old son that he was going to go home to every evening made me certain that I was going to be safe. His easy, relaxed attitude and extensive knowledge were also an added bonus. 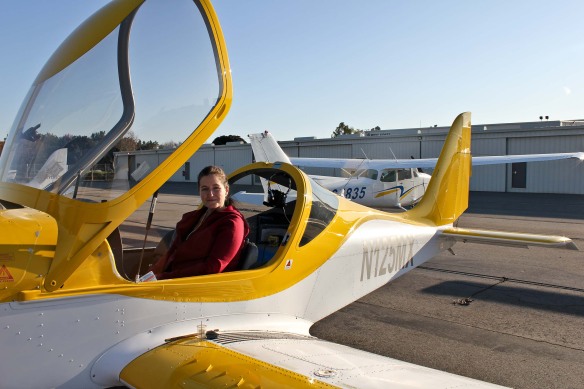 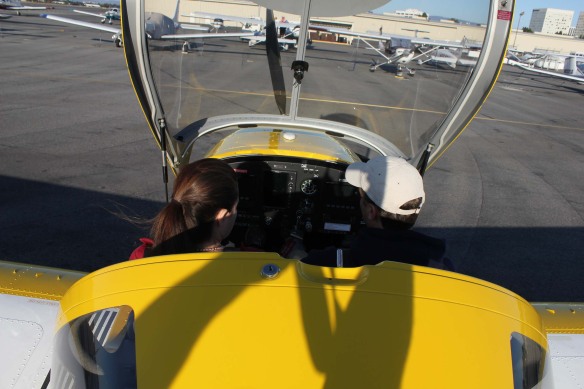 After the ground instruction was complete, I hopped into the Pilot’s seat and prepared for take-off with Adam by my side. It was rather like Driver Training for my Beginner’s 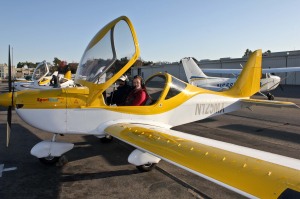 Licence since he had controls of his own that could correct any of my mistakes. 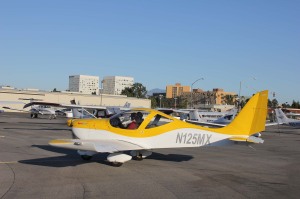 We were about to take-off! My heart was racing with excitement! I had been tandem sky-diving and flying numerous times in airplanes and helicopters, but I’d never had the responsibility of controlling the situation. In the past, I simply sat back and enjoyed the ride, but this time the “joy”  or “plane” was in my own hands.

During the exhilarating flight lesson, I flew over the incredible beaches of Orange County 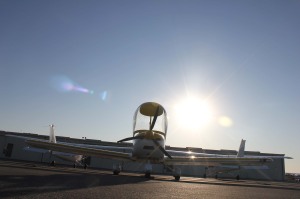 and inland toward the mountains. At first, I was extremely nervous and talking or looking around was beyond my capabilities, but I realized even though I was participating, I was missing out on the experience. I took a deep breath, relaxed, and dove into conversation while glimpsing at my surroundings every chance I could get. 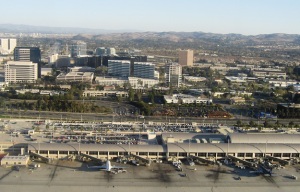 When Adam took the controls and prepared for our landing, I didn’t think about checking off an item on my Bucket List; I thought about how I could return to the skies again because it was so easily accessible, yet it gave me the opportunity of a lifetime.

My soul is in the sky. I long to return.

It’s every little boy’s dream to fly an airplane and I want to give the gift of a dream-come-true to my husband so planning his introductory lesson, when I return for my second flight, will be the next “to do” on my list.

Limited in his nature, infinite in his desires,
Man is a fallen god who remembers heaven.