We joined over a million viewers as we watched beautifully decorated yachts, boats, kayaks, and canoes sail along the harbor in the 103rd Annual Newport Beach Christmas Boat Parade. The Christmas Boat Parade is a magical holiday tradition for all ages. Many people view the Newport Beach Christmas boat parade from the shores lining Newport Bay. The parade is free, so viewing from the shoreline is both an entertaining and a cheap family holiday activity. Instead of standing along the shore and fighting for a spot, however, we participated in the actual Newport Harbor Christmas Boat Parade on a beautifully decorated Davey’s Locker cruise. Many people assume, like I did, that the popular Newport Harbor tours would suspend their operation while the large boat procession was in progress, but, that’s not the case. In fact, taking the harbor tour was the best way to see the boat parade. We were able to get up close and personal with the other boats, making it easier to see the details of the floats and snap photos. The unique experience of being on the water viewing what the New York Times stated as “one of the top 10 holiday happenings in the nation” made a unique, lasting Christmas memory for Darren and I. 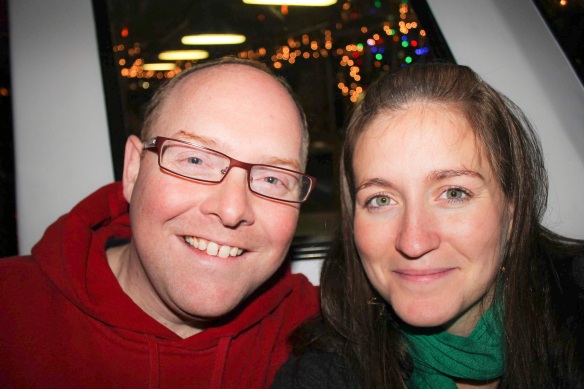 December including each night of the parade. Our cruise left at 5:45pm, giving us enough time to tour the harbor and view the gorgeous bayside homes and local businesses that were completely decked out for the holidays. They served as the perfect backdrop for the parade from the water perspective.

Beautiful multi-million dollar yachts and other boats lit up the harbor as a dazzling array of holiday lights and music filled the air. Many of the boats were richly decorated with animated Christmas scenes accompanied by music and costumed carolers. Some boat owners spent over $50,000 to decorate their vessels for the event. We, along with other Christmas floats, wound our way some 14 miles around the harbor to give viewers in restaurants, yacht clubs, on public beaches, and in private homes an incredible sight that has delighted millions of people for a century. 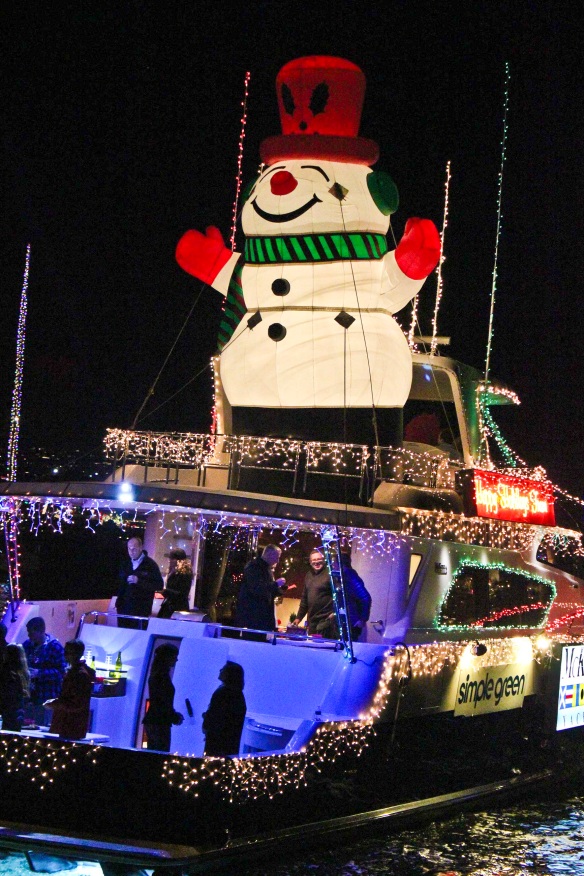 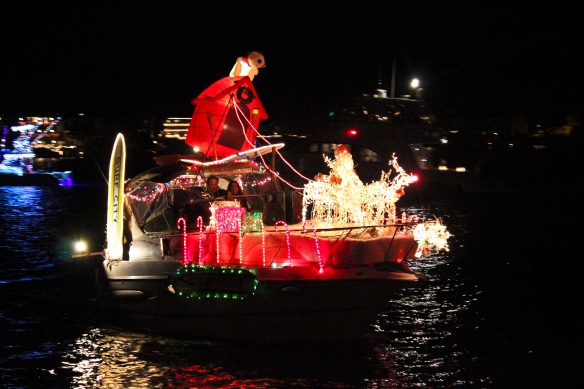 As you can see in the pictures of the beautifully-lit boats, the Newport Beach Christmas Boat Parade is not a holiday attraction you can see just anywhere; it is a holiday tradition in Southern California that dates back 103 years to a time when many residents of the eastern United Sates barely knew that California was on the map. Though it’s a special event each and every year, the 2011 Newport boat parade was extra-grand, as it out-did every other parade before, and we were able to be part of it through Davey’s Locker  -Newport Boat Parade.

As Newport Beach’s Christmas Card to the world, the boat parade will set the harbor ablaze for five consecutive nights, beginning Wednesday, December 14 and ending Sunday, December 18, 2011. The parade starts off Bay Island at 6:30 pm and finishes at the same site at approximately 9:00 pm each evening.