Ah, Patagonia! Such a vast, enchanted, tough land…..Frontier land, land of pioneers, an 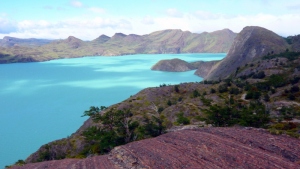 empty wilderness where to project one’s fantasy and dreams. I certainly did, as Patagonia was one of the key destinations that made me decide to travel in Latin America.

Patagonia is a large region spanning between Southern Chile and Argentina. The landscape varies, going from South to North and from Chileto Argentina, where lakes, mountains, rivers are declined in different ways: from the barren and wind-swept plains in the south, to the sweeter and greener landscape around Trevelin and Esquel, to the Alpine-looking areas around el Bolson and in Chile.

As every dream land, it has its own legends. According to the first European explorers,  giants lived here, and apparently centuries later the Far-West robbers Butch Cassidy & Sundance Kid settled here for a while between a bank robbery and another. The fauna is as exotic and mythical: pumas , ñandus, or rheas, a kind of ostrichs bouncing around in feathery grace and herds of guanacos roam the plains as punctuation marks in the silence and emptiness.

To see the best of each side of Patagonia, I zigzagged between Argentinaand Chile. It is so that after Tierra del Fuego  I arrived to Puerto Natales and the wonderful Torres del Paine National Park, in Chilean Patagonia, which have been some of my favourite places in my year of travels. 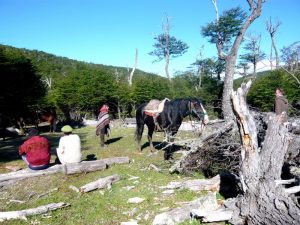 Puerto Natales is a small, unpretentious town by the sound of Last Hope, with a kind of chilled out and sporty atmosphere that immediately drew me in. Nature is the absolute star here: I tried to immerse in it and keep as close as possible to the elements by hiking, horse riding, kayaking. Some of my fondest memories are the horse rides around Puerto Natales guided by a nice young man, Rodrigo, whose family own hectares and hectares of land in an estancia (ranch) where he organizes his tourist excursions. I loved riding and chatting with him and his baqueano (wilderness guide) Lucio, in a stunning, rugged landscape. 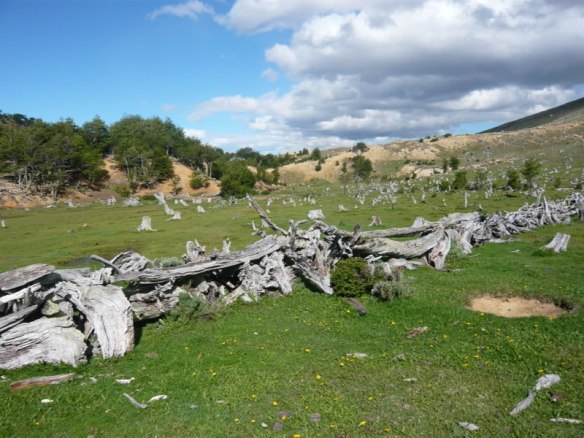 Another fond memory is kayaking by Eberhard Fjord near Puerto Natales. The guide, a hilariously funny Chilean and his Venezuelan assistant showed us an old German estancia, some tombs of Scottish settlers and conjured a nice snack on a deserted spot. 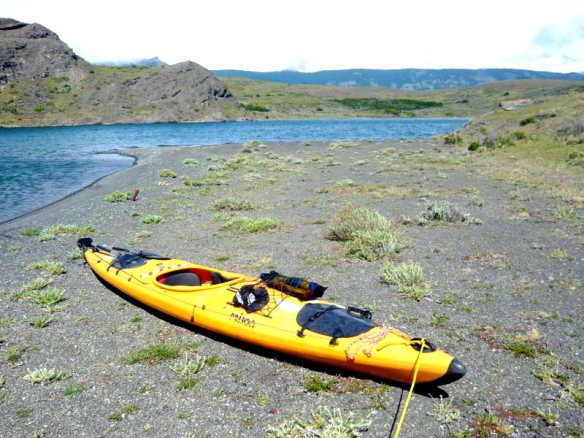 Then it was time to trek in the nearby Torres del Paine National Park , one of the most famous parks inSouth America. It is a big park with a very varied landscape, encompassing a glacier, mountains and rivers and fantastically hued lakes colored by minerals, sediments and algae.

Weather there is famously unpredictable. As it lies on part of the Southern Patagonia Ice Field, the park has its micro-climate that defeats the seasons and wind is a constant, sometimes harsh companion that can push one down to the ground, like happened to me a few times. Who has ever complained of changing weather in UK will reconsider while travelling Patagonia. My guide told me a real-life joke about a Californian woman who was given as a gift to come and trek here and in front of the miserable weather ended up complaining all the time with him “ Isn’t it supposed to be summer??”.

To save money on guided tours, I embarked by myself on the five-day trek called W that goes around the most scenic spots in the park , reassured by travel forums and guides saying that it is not a difficult trek.

The first day trekking by myself with snow, rain and a 70km/hour wind chill put me in a very bad mood indeed….I felt miserable and lonely, a feeling that was only reinforced once I arrived by evening to the mountain refuge Refugio Grey, full to the brim of people who had got there hours before me and seemed to have fun.

In a gloomy mood, I climbed into bed in the noisy dorm as early as I could, thinking to go back to Puerto Natales the following day with the tail between my legs and give up the idea of trekking alone in the rain. 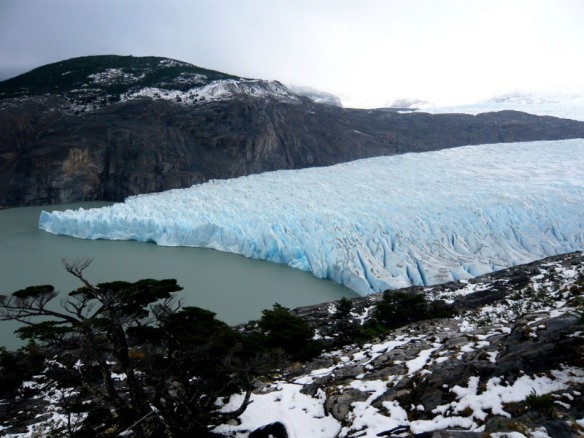 I slept eleven hours straight and in the morning wake up, in a good mood and full of energy, at the sound of a giant red-headed woodpecker drumming against my window. At breakfast I chatted with a Chilean guide and his German client and they invited me to join them for the whole trekking. From then on things looked up: for the next four days I was in constant company and had a relatively speaking decent weather. After the hikes in the long summer daylight, I loved the strange intimacy and sense of camaraderie that develop among weary trekkers in the mountains refuges at the end of the day, while socks and shoes are drying in the cramped space in front of the fire. I met some real fun, nice people there who made my days as much as the gorgeous scenery. 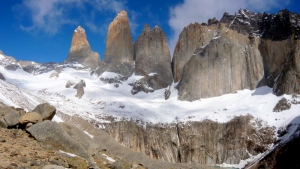 As an inexperienced trekker, I went from a life of sitting eight hours in front of a desk to walking for the same amount of time. And I had my moments…On the third day we walked for seven hours under torrential rain in the usually gorgeous but then very wet FrenchValley. I had to rely on yoga breathing, several different types of meditation techniques and walking poles to keep me going. Even if my hiking companions did not go fast, they were still walking at a good pace and once I followed them in a path, I could not give up or I’d get lost, thanks to my proverbial sense of direction! In the end I felt a sense of achievement and exhilaration in pushing my limits. Trekking among the Magellanic forest and the peaks, inhaling the cold pure air, I felt like I had found my Zen.

Read more from this writer at http://giuliasfootprints.wordpress.com/

70 thoughts on “Hike, Ride a Horse, Kayak: How I Found My Zen in Torres del Paine”