Jumping right into the Celtic Colours Festival, I drove to Cape Breton this morning and

arrived at the Gaelic College in enough time to experience The Cape Breton Fiddlers. I was instantly inspired by fiddlers of all ages and already felt an overwhelming desire to learn how to play an instrument. They moved in unison and harmoniously performed island songs from local artists. But it was when I saw Leanne Aucoin lead the group in musical perfection that I started to wonder, “What happened to my Gaelic?”

Leanne Aucoin is a multi-talented musician from Sydney Mines, Cape Breton who comes

from a family steeped in Cape Breton music and tradition. She has performed internationally and teaches students at the Gaelic College. Her debut album was recognized by the East Coast Music Awards and was nominated in the category of Roots/Traditional Solo Recording of the Year in 2008. I went to high school with Leanne yet I never learned anything to do with Cape Breton heritage or culture. Although I loved my high school history classes, I honestly can’t remember ever talking about being a Cape Bretoner or what that meant. I never watched fiddlers or dancers and it wasn’t taught within the schools. What a shame to miss out on my culture during my school years when my peers were obviously immersed in it. It wasn’t just my age group that connected with our culture either.

My 25 year old brother, who is not that far removed from my age group, has a connection to Cape Breton culture through music. He plays the guitar, the drums, the banjo, and the fiddle. If asked to play something local, he has a slew of songs that he can perform. He thrived on self-teaching and continues to excel at music today. Even now, I know that some schools offer Cape Breton history and cultural classes. 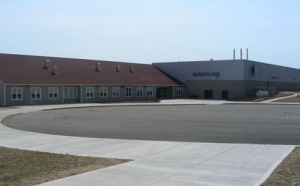 Rankin School of the Narrows in Iona, Cape Breton offers a multitude of Gaelic and Cape Breton cultural classes, workshops, and activities. My sister, Gabriella, is in grade 5. She has been taking Gaelic classes for 3 years and can speak conversational Gaelic. She’s participated in cultural workshops such as a fully immersed Highland Village tour where she dressed in traditional clothing, spoke Gaelic, and actively contributed to historic traditions like feedings pigs and making butter. She also, through the school, visited the Gaelic College where she listened to fiddlers and learned several dance steps. The students went as far as singing Gaelic songs, which she remembers today. Actively involving students with their background makes them feel connected to their culture and their ancestors. It’s unfortunate that I, along with so many others, missed that.

As I watched Leanne switch from fiddle to piano and back again, I noticed her ease with Cape Breton music. Actually, everyone on stage appeared to be completely comfortable with the fiddle and it was natural for them. Their talent was mesmerizing and I wished I had something of substance to offer in the way of Cape Breton history, culture, or tradition.

Sometimes the things that are closest to us are the furthest away or the most taken for granted. At that moment, I vowed to pay particular attention this week and learn at least one new thing about Cape Breton tradition. Lets say it’s on my bucket list for the week.

23 thoughts on “What Happened to My Gaelic?”