I studied ancient history in grade 10. It was then that I decided to name my future daughter 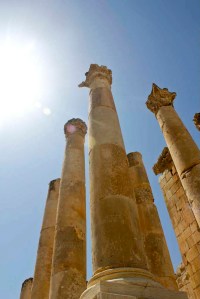 Athena. I didn’t know that I would have a daughter or if I would even have a child, but I knew if I did, that would be her name. The Greeks and Romans had the most fascinating history. I loved learning everything that I could soak in. It was in grade 10 history class that I also learned about the city of Jerash, the Cross Roads of Civilization, remarkable for its unbroken chain of human occupation. Here, in the hills of Gilead, you will find the remains from Neolithic times, as well as Greek, Roman, Byzantine, and Omayyad civilizations. You can see a live performance of the Roman Army and Chariot Experience (RACE) at the hippodrome. I always assumed that I would visit Rome and Greece to experience history first-hand, which I did, but Jordan, specifically Jerash, seemed more like a dream that would always remain on the list… until today.

As we approached the South Gate, others snapped photos, asked questions, and walked around. I stood in awe. I could see the gates of the hippodrome. 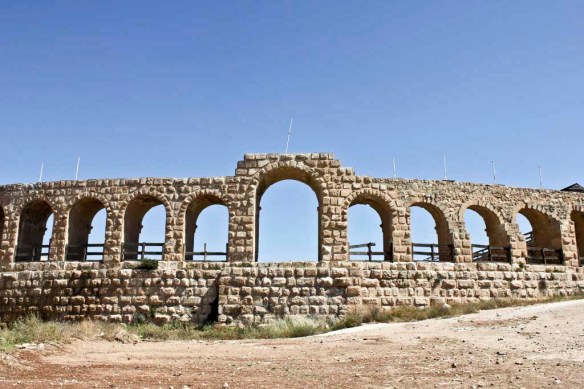 Although we didn’t get to experience a live performance of the RACE, it unfolded before my 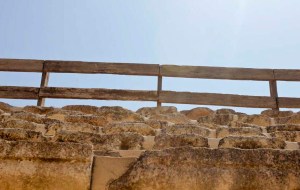 eyes as if it was really happening. Close your eyes and envision it with me…

We are sitting, standing, yelling, and cheering from our stone seats next to the 10 starting gates.

A mixture of dust and seven thunderous laps blur the red, white, blue, and green armour-clad legionnaires and horse-drawn chariots; they are only drowned out by the bellowing cheers from the crowd, including us.

They approach the line on the final lap and there is so much dust it’s difficult to tell who is in the lead; it’s too close. There are no play-backs. There are no video cameras to catch it up close. You have to keep your eyes wide open despite the dust. YES! YES! YES! We’ve won!

Before football, soccer, or basketball, we had the Roman Army and Chariot Experience at the hippodrome.

In Jerash, another one of my bucket list dreams came true. If you dream it and envision it, you can make it a reality!

41 thoughts on “The Most Beautifully Preserved Greek-Roman City Is Where?”