An essential ingredient in Bermuda fish chowder, the island flavor of the Bermuda Rum 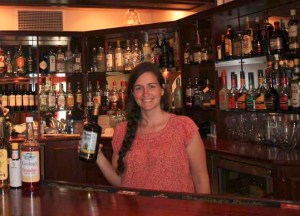 Swizzle, and key to Bermuda’s Dark ‘n Stormy, Gosling’s Rum is Bermuda’s largest export. Known around the world, especially to this Cape Bretoner, is Gosling’s Bermuda Rum so when I heard that we were going on a tour of Gosling’s distillery, my first questions was, “is it a tasting tour?” Thankfully, it was!

Rather then telling you about the tour, I thought I’d share a few recipes with you so you could tour Gosling’s yourself. 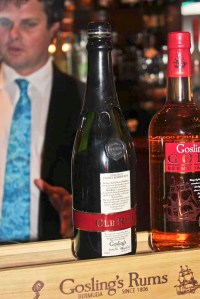 Stir or shake vigorously until
a frothing head appears. Strain into
sour glasses. Garnish with a slice of
orange or a Maraschino Cherry

Dark ‘n Stormy
1. Fill a tall glass three quarters of the way with ice.
2. Add two ounces of Gosling’s Black Seal Rum & eight ounces
of ginger beer (which is not the same as ginger ale).
3. Squeeze in the juice of one lime wedge, drop in the lime & stir.

renowned Black Seal Rum, but they age it in dark barrels even longer, until it acquires an extra luscious, nuanced complexity much like a rare Scotch or Cognac.

Consider it the ultimate sipping rum.

Don’t add anything. Just pour it in a glass and savor.

Over the years Black Seal® Rum has become synonymous with Bermuda. You can’t go to Bermuda without at least tasting the rum.

Have you already tried Gosling’s? What’s your favorite drink?

20 thoughts on “My Kind of Tour: Gosling’s Rum”