I’m never in the picture! I’m always the one behind the camera or the one holding the

camera out taking the shot of everyone. It’s a constant struggle that results in a disappointing photo that can’t capture the background. During my recent trips to Aruba and Hard  Rock Vallarta though, I found a simple, yet fantastic solution. The Pocket XShot Camera Extender is a telescopic arm that holds the camera or video camera and can be extended to take a full picture, including the background. Now I can say, “cheese” because I’m actually in the shot. 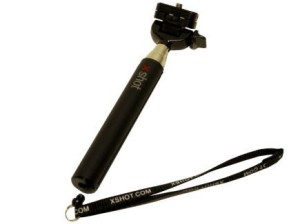 The XShot Camera Extender attaches to any compact digital camera and features a built-in tripod adapter at the bottom to attach a mini tripod. I used it on both the GoPro and the ATC Chameleon while boogie boarding, zipping down the water slide, snorkeling, and underwater photos. While I was boogie boarding, it took a few tries to position it properly but I was able to get both photos and videos. On the water slide, it was simple. I just held the XShot out and I was in every shot with a great view of the background as well. It was the underwater and snorkeling shots that I was most impressed with while using the XShot. I was able to get closer to marine life without having to hold my breath or dive deeper. For someone a little nervous of snorkeling, or more specifically what’s around me while snorkeling, it’s the perfect solution. 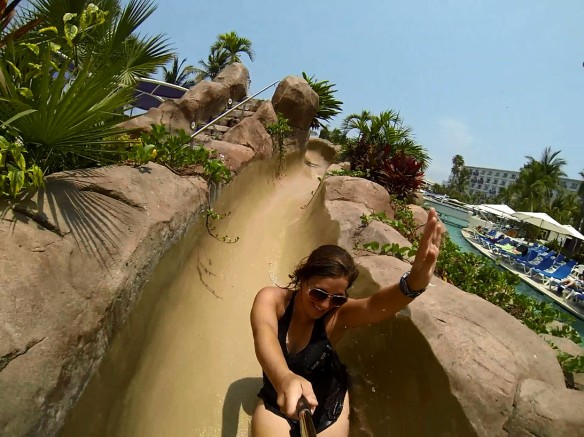 The XShot is the ideal attachment for me as an adventurous traveler on the go. I don’t always have someone around to take a photo for me and I hate asking even when someone is around. Now, even if I’m on my own, I can get the picture.

42 thoughts on “Get the Picture”