Finding family friendly tourist activities can be extremely difficult when traveling with a 15 month old but a helicopter tour is great for all ages. We discovered the Ottawa River, the city of Gatineau, the city of Ottawa including Parliament Hill, and the Canada Aviation and Space Museum all in just 20 minutes. By taking a Heli-Tremblant helicopter tour, we were able to see it all in Ottawa!

Athena felt comfortable during the flight. She left the headphones on her ears and she held the end of the cord with enthusiasm. I’m not sure if she thought it had importance but we could tell that she was entertained.

After only 5 minutes in the air, she completely relaxed. Can you guess how I knew?

Yep, she fell asleep! I was glad that she was catching up on her nap time because it was going to be a full day with fireworks not starting until 10 pm.

I was able to take it all in while Athena was sleeping. The beautiful Ottawa River was starting to fill up with Canada Day patrons and the blue skies brightened our afternoon. The smaller boats looked like tiny specs showing us the massiveness of the river and the vast expanse of green reminded me of one of the true beauties of Canada. Rather than endless concrete, there was nature and fresh air. 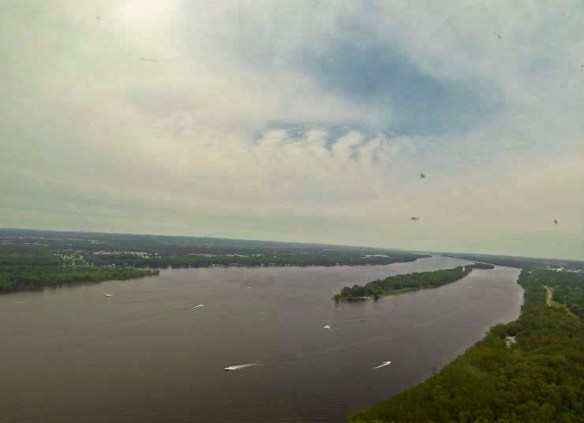 As much as I loved seeing the natural beauty, flying over Parliament Hill was my favorite part of the flight. We had already explored the hill on foot and now we were getting another perspective. 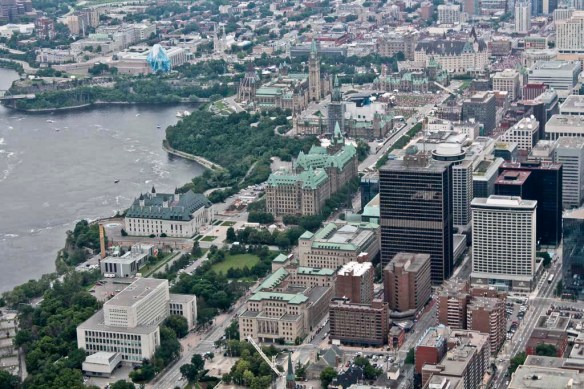 The streets were alive with proud Canadians and Parliament Hill held an imposing grandeur over the city.

Fairmont Chateau Laurier is the castle with the green roof next to Parliament. As we flew over head, we realized that our fireworks view from atop the Fairmont later that evening was going to be yet another bucket list dream come true in Ottawa. It was an excellent way to build the anticipation and keep the adrenaline flowing.

29 thoughts on “How to See it All in Ottawa”