Magnetic Hill Zoo has more than 400 animals, including over 100 indigenous and exotic species. Birds, mammals, insects, reptiles, and fish find a comfortable and safe home in the 40-acre park, but we feel in love with the animals at the petting zoo. Even Athena, who is normally shy around new animals, loved the deer, the goats, and the ducks. She was actually brave enough to feed a few animals for herself. 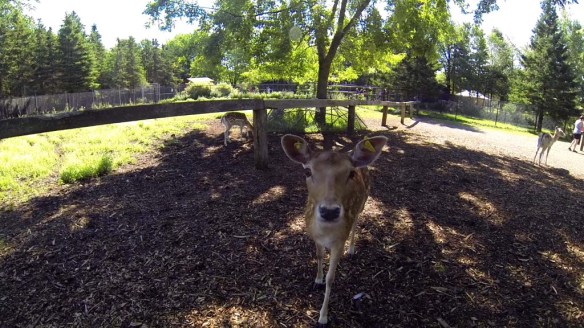 For 25 cents, we got a handful of food for the petting zoo animals. While Athena was attached to my chest in the carrier, I slowly reached my hand out toward a deer. Calmly, it grazed from my hand, lightly licking me it as it ate the food. The whole situation was relaxed and beautiful. 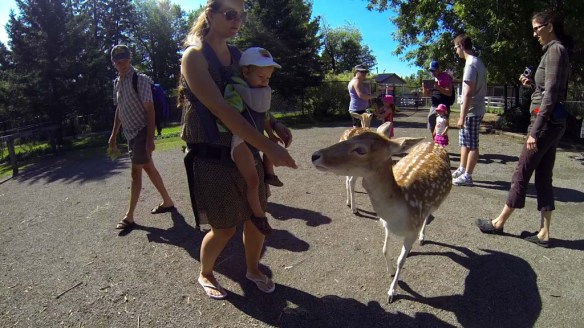 Darren turned on the video and pointed it toward us. He said the expression on Athena’s face was priceless. She was in her glory and enjoying every second of it.

The serenity of it all encouraged me to let Athena try for herself. I put a little bit of feed in her hand, but worrying that she’d put it in her mouth, I watched her like a hawk. 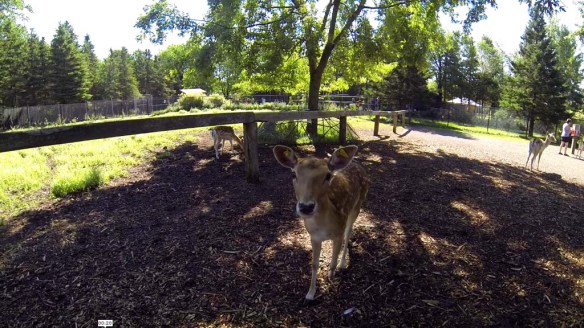 She held her hand out and waited for the deer. It approached her and I was more nervous than Athena. She watched the deer get closer and closer. The deer leisurely strolled over to her hand and tickled her fingers as it ate the food. She loved it!

We continued on to the second feeding area that housed several goats. Assessing the situation first, we noticed that the goats were more aggressive. Darren entered the pen first and the goats surrounded him and several jumped up onto his leg. Although they were not biting, it was too much of a risk to feed them or allow Athena to feed them.

They were only following people with food so Athena and I entered the pen and walked around, keeping our distance from the goats. It’s always better to be safe, especially when children are involved. 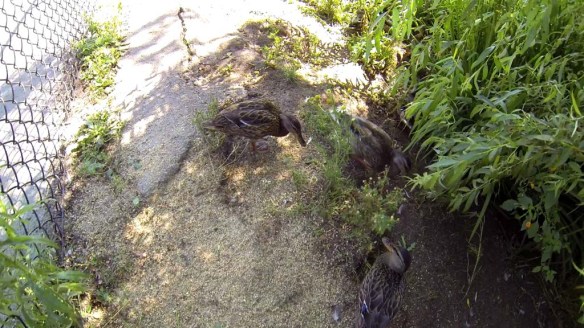 Outside of the petting areas, several ducks and geese roamed the grounds. Athena happily feed them as well, but not from her hand.

The entire experience was surreal. Athena’s head was on a swivel as more and more new animals surrounded her. It was the happiest I’d seen her and she didn’t show a hint of hesitation or fear.

Seeing things again yet for the first time through Athena’s eyes is life-changing. I’m sure when I encountered a deer or another animal for the first time, I didn’t have the same sense of calm as Athena. She takes in each new experience with such vigor and zest for life that it’s contagious. It’s impossible not to be excited as I watch expressions of joy and anticipation.  With new and astonishing animals around every corner at the Magnetic Hill Zoo, it’s an adventure for the entire family.

18 thoughts on “Surrounded by Animals & Smiling”