I didn’t think it could get any better. It’s hard to believe that people go their entire life without seeing such beauty. Then, day two came and I realized that my Namibian safari had only just begun. 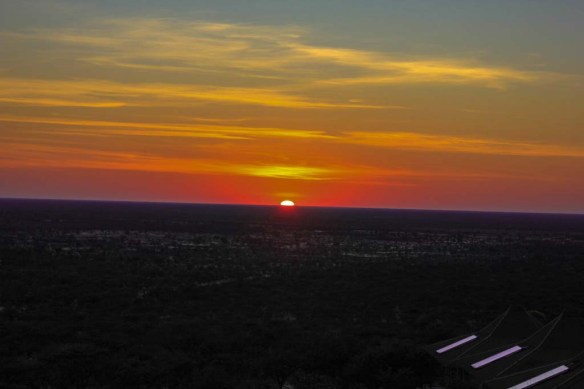 Day two started with a Heavenly sunrise from the deck at Etosha Safari Lodge. Do you remember the opening scene from Lion King, you know you all saw it, where Simba is brought to the edge of the rock, Pride Rock, to be shown to the rest of the animals? The view from Estosha Safari Lodge is something like that only better. The endless horizon was blessed by the golden morning sun and I was there to soak up the rays. I didn’t want to leave the property, except I was going back to Etosha National Park for more game viewing. 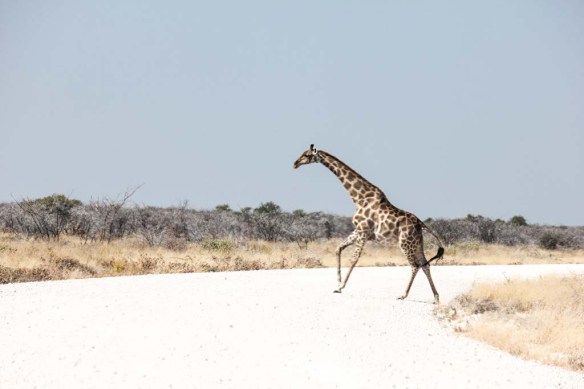 We entered the gates and I said, “I hope we see a giraffe today.” It was within seconds that I saw a tall, majestic, graceful creature rustling the trees. “GIRAFFE! GIRAFFE!” I couldn’t help but yell. The excitement just burst out of my mouth to match what was happening in my head. What an amazing world when I can drive down the street and see a giraffe carelessly roaming through the trees next to me. I had to keep blinking to make sure it was real. We chatted like little, old ladies at a coffee shop. There wasn’t a break in conversation. “Look to the left”. “There are more to the right.” “Look!” “Look!” “Wow!” Animals were everywhere. 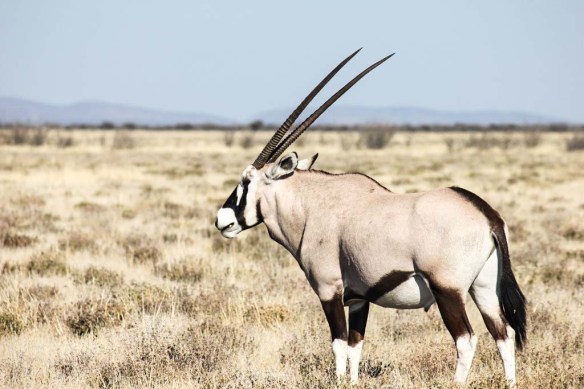 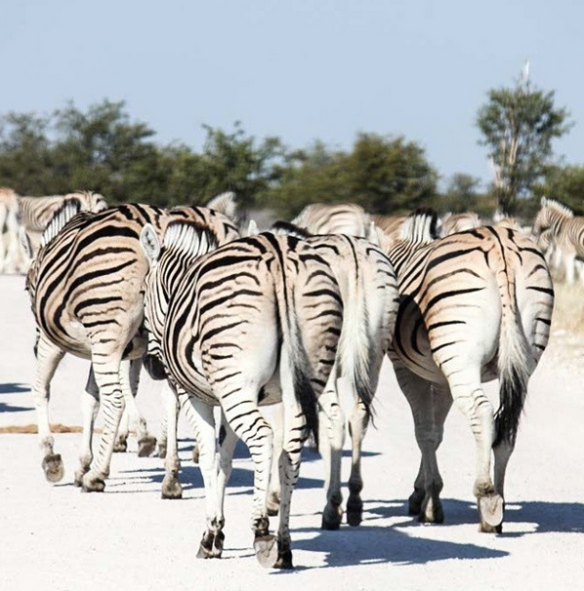 A group of zebras, well over 100 in size, surrounded our vehicle. We were in a traffic jam. Patiently, we turned off the truck and waited. I listened to them shuffle about and move forward down the road. Did they consider us a threat? It seemed highly unlikely because they didn’t speed up or cause a commotion. I never thought I’d be so immersed in the surroundings. My expectations continued to be surpassed with a ferociousness that only existed in the wild. 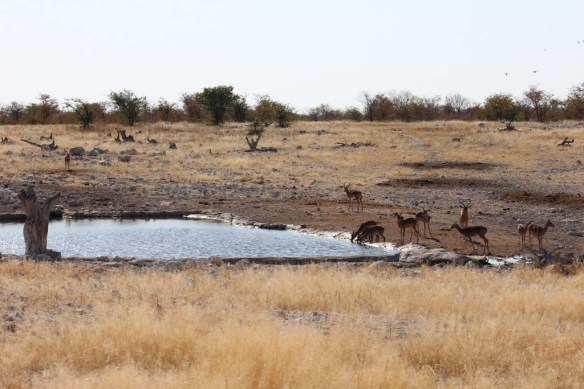 I was already feeling blessed about the encounters when we approached the water hole. We pulled up and shut off the truck. I said, “This is like watching a movie” as we watched half a dozen springbok drinking from the water. “Now all we need is a lion to run after the springbok and chase them down.” Like magic, a male lion appeared. He started to run. He was chasing the springbok. Somehow I managed to lift my camera and turn it on, even though I was in complete shock and awe. This was really happening and I was there to see it. He, the lion, gave up quickly. The springbok lived to see another day. He paced by the water hole, rested, then walked away with his tail between his legs toward a tree. He’d given up and found shade. In all honesty, I didn’t want to see the kill, but I did want to see the movements and the chase. I’d had the best of both worlds – no blood or death but all the adrenaline. 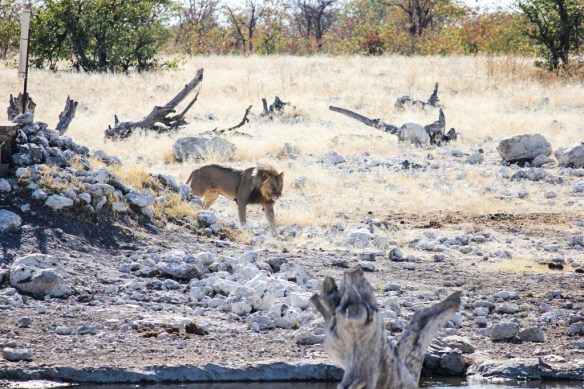 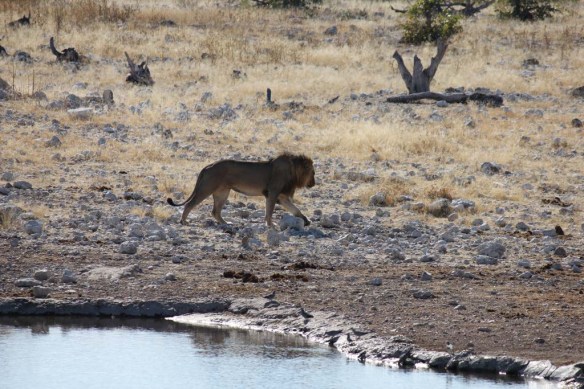 It became an ongoing joke that every time I said something was about to happen, it did. I casually joked about seeing a lion with cubs because I wanted it so badly but it was only the unconscious statements that turned true. I couldn’t will a cub into our sights, but the unpredictable nature of it all was one of the best parts.

It’s impossible to describe the feeling of being on safari. It’s almost like the more animals that surround you, the more comfortable you feel. It’s not like I was about to get out of my vehicle and try to pet one of them but I respected their environment and quietly captured it from a distance with a new respect and appreciation for the life of Etosha National Park.

Every day offered something new, exciting and unique, but my first natural lion sighting was definitely one of the highlights of the trip.