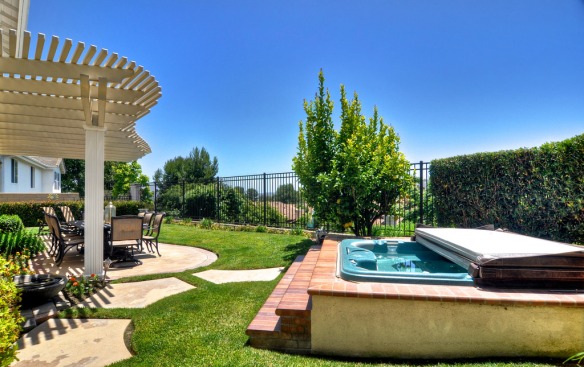 She wants out of her huge mortgage and massive house that she hates cleaning herself, her car payments, her meaningless job, and her splurge spending habits used to find a happiness that can’t be bought. She has two kids, a ten year old that she never sees and a toddler that she puts in daycare all day so she can work at a job that she despises. Is this you? Is this similar to your life? I spoke to a lady two days ago at Renaissance Club Sport in Aliso Viejo, California and she’s done with her trapped life. She wants out. We’ve all been there at some point, but not many of us do something about it and when we do, we’re resented for it. If you’re not living the life you’ve always wanted, there is more out there and you can have it.

Life in eastern Canada, for me, was simple and connected. Teaching high school English in Moncton, New Brunswick was a challenging yet rewarding experience. I loved my students and my co-workers, some more than others of course, and the benefits of being a full-time, pension-receiving teacher who enjoys stress free summers and all of the holidays are ample to say the least. The short, two hour drive to see my family was a breeze and made “family time” a regular event. My boyfriend, now husband, Darren, was more than I ever thought possible in a man other than my grandfather and he made me see how beautiful life can be. His technology position allowed him to work from home and give us the quality time that I always desired. We’d traveled to Costa Rica, Nicaragua, Florida, and the Bahamas during my summer vacation and he worked during the day from the hotel rooms. We owned a house and a boat, we finally paid off our cars and student loans, and we spent our evenings walking in the park where we first met; but there was something missing – the sunshine and opportunities outside the norm. We were living a typical suburban life and it wasn’t for us.

New Brunswick is not a frozen tundra with 24 hours of darkness, snow, ice and cold. It has gorgeous summers with light winds that make for a spectacular day sailing or boogie boarding in the Atlantic Ocean, but was that enough? Two months of sunshine followed by a cold, dreary season of extended winter was not my idea of a dream location. I was living a beautiful life and I wasn’t willing to settle for anything else, including my environment.

Darren asked me one evening if I could live anywhere in the world and have any job, where and what would it be? The question struck me off guard. Was he, too, unhappy with the New Brunswick surroundings? After a short conversation about the top places in the world, we both imagined life in southern California. It became an obsession for both of us and we scoured the internet for information about life in SoCal and considered what it would be like living that far away from our families. 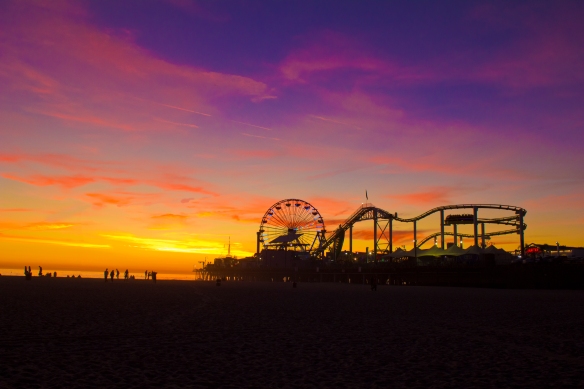 After only two days of dreaming, Darren applied for a Software Architect position in Orange County and he was offered the job immediately. With a house and other “toys” we shrugged our shoulders at the offer and thought it was impossible. Putting the house on the market was our half-ass attempt at considering the possibilities. We posted it on the Canadian version of craigslist.com called kijiji.ca and said that if the house sold, we’d move. Well, just like that, in one week, we sold the house and almost everything in it. If we were looking for a sign, that was it. We put everything that we couldn’t fit in a small u-haul car attachment for sale, I resigned from my teaching position and we said our good-byes. There wasn’t a drawn-out, complicated process of decisions. Like the rest of our experiences since meeting, it was simple. We had what was important – a source of income and a partner in crime or in greatness. 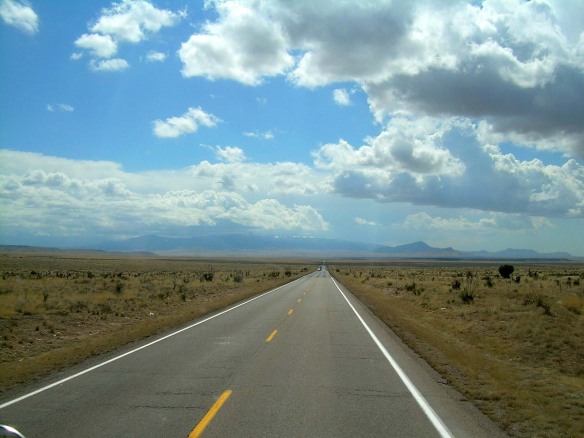 The drive across the continent was a total of 55 driving hours in various conditions, although it took us 6 days because we stopped along the way to enjoy some uncharted territory for us. We drove through New Brunswick, where the first snowflakes had fallen on the frozen ground, Maine, New Hampshire, Massachusetts, New York, Pennsylvania, Virginia, Tennessee, Arkansas, Oklahoma, Texas, New Mexico, Arizona, and ended in California.  5,780 km or 3,592 mi later, we drove directly to a Bank of America, opened a US account, found an apartment and moved in the next day.

Since meeting Darren in April, 2010, we’ve moved in together, traveled to more than a dozen countries, experienced sky-diving, white-water rafting, surfing, bungee jumping, paragliding, zip-lining, helicopter touring, dog-sledding, hiking, rock climbing, trapeze swinging, camping, and river boarding, got married in Jamaica, and now have a toddler daughter who is becoming more and more like her parents every day. Moving to another country in two weeks was not only expected, but required.

We had obstacles and restrictions just like the woman that I met at the gym but we made a conscious decision to live a life better suited for us. The big house with the white picket fence is for most people and good for them for making their dreams a reality. That life takes courage and hard work too. It’s just not for everyone.

In January, I will embark on another life-changing journey. I will become part of the Bark Europa sailing crew on a 22-day journey to Antarctica. It will be the most difficult, rewarding, mind-altering adventure that I will take on my own, but after years of living outside of my comfort zone, I finally believe in myself and my capabilities. And most importantly, I have a supportive partner encouraging all of my wildest dreams.

To my friend at the gym, if you’re reading this, please choose what you desperately want over what you have and don’t need. The world is at your doorstep knocking; just go to the door and open it.