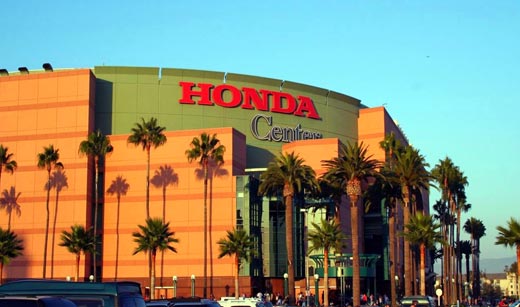 Our night was suppose to be fun and exciting. We went to Disney On Ice in Anaheim, California and saw Mickey, Minnie, Donald, and Goofy skating. Athena had anticipated going to the show for over a month, but our whole night changed when we had a run-in with a police officer at Subway Restaurant after the show.

Disney On Ice began at 7:30 pm at the Honda Center in Anaheim. We left Aliso Viejo in plenty of time to get there even though traffic was at a stand still for over 30 minutes. Athena was getting irritated in the car because we weren’t moving and she was already tired. 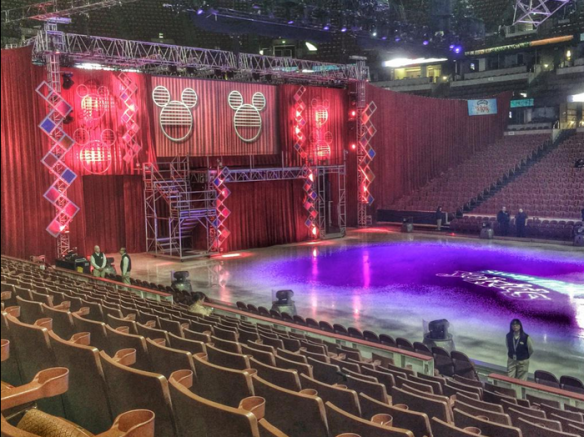 We finally made our way to our seats after yet another freak out session by Athena because she couldn’t buy any of the toys that were being sold at the entrance of the Honda Center. Once we were in our seats, Athena’s whining continued because I wouldn’t let her have both cotton candy and popcorn after she’d already had a salted pretzel. The evening wasn’t going as planned. 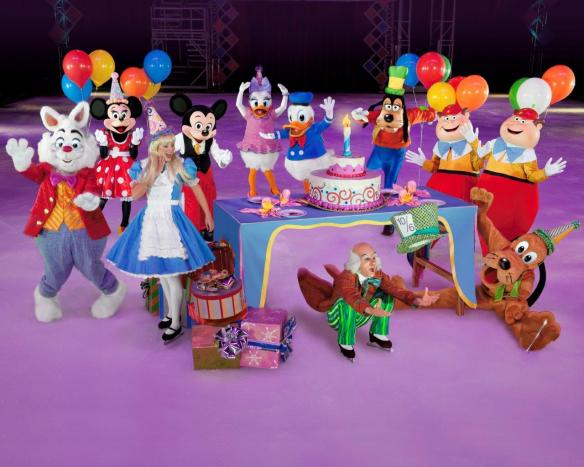 At last, the show was about to begin. Athena settled in her seat and her attitude completely changed. She was smiling and laughing as Mickey and Minnie made their way onto the ice. She stood up and danced when Pluto and the gang skated around for the Unbirthday Celebration and all was well again. This is exactly what we had hoped for.

Disney On Ice – Let’s Celebrate explores the holidays including Halloween, which was the third major scene. With all of the Disney villains, like Cruella Deville, skating to scary music, Athena was petrified. She climbed up on my lap and said, “I’m scared. I don’t like it. I want to go home.” The long anticipated Disney On Ice just wasn’t our thing at this age. I’m certain in another year she’ll be begging me to go again but it didn’t work out for us this time. At intermission, we left.

I convinced Athena to go to Subway in Anaheim before the drive home. We ordered our food and sat in our seats. We were the only patrons in the restaurant when I noticed a police offer enter the door. Like always, I smiled at him. I know that there are both good and bad police officers out there, like there are good and bad people in all walks of life, but if something goes wrong, they are the first people I want at my side. I respect that they are willing to put their lives on the line for us and I feel safer in their presence.

Athena looked up and saw him too. She said, “Look, Mommy, there’s a police officer. He’s so cool.” I smirked at her and asked her not to yell. She continued, “Hi, Police Officer. I like your car.” 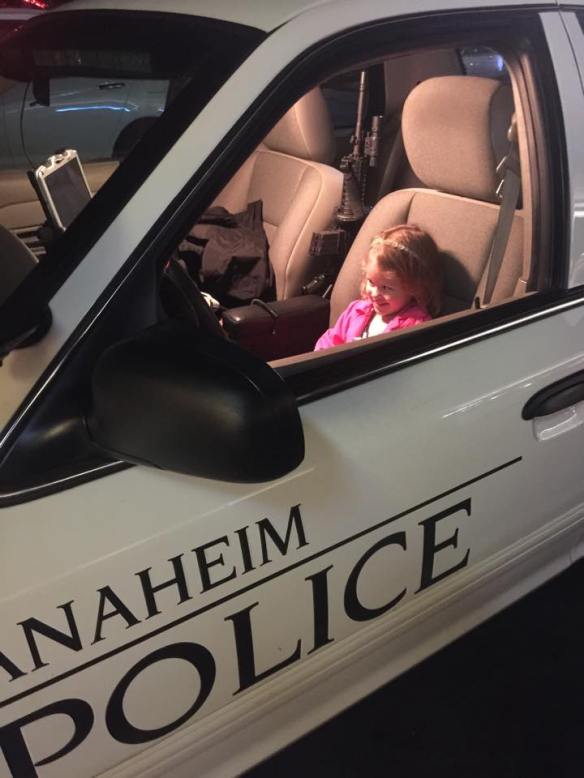 Excitedly, we followed him out to his car. It was dark and no one was around, but we were with a police officer. We were safe. He opened the door and let her get in the seat. Allowing her to push the buttons and turn on the lights and siren, she was more happy that she’d been all day. He talked to her and explained all of the gadgets in the car. She listened respectfully and only touched the things she was told she could touch. Maybe not in the traditional sense, but he had saved our night.

Back inside, I offered to pay for his meal as a thank you, but he wouldn’t allow it. He said he was glad that she was so wowed by police officers and their cool cars. She talked about it the entire drive home.

The backbone of our nation, and the reason I sleep soundly at night, are those in law enforcement and emergency services. Our heroes should be those who risk their lives every day to protect our world and make it a better place. As I watched the way Athena interacted with this police officer in Anaheim, I realized she got it right. At only two and a half years old, she knows who to look up to.

***I mean no disrespect to those who have lost a child, a spouse, a parent, or any other family member because of police brutality. I realize there are bad police officers who take advantage of their position, but I would never wish the life of a police officer or a police officer’s family member on my family. Now more than ever, we need to support our officers. Who would we have replace them?***

71 thoughts on “This is What Police are Doing in Anaheim, California”