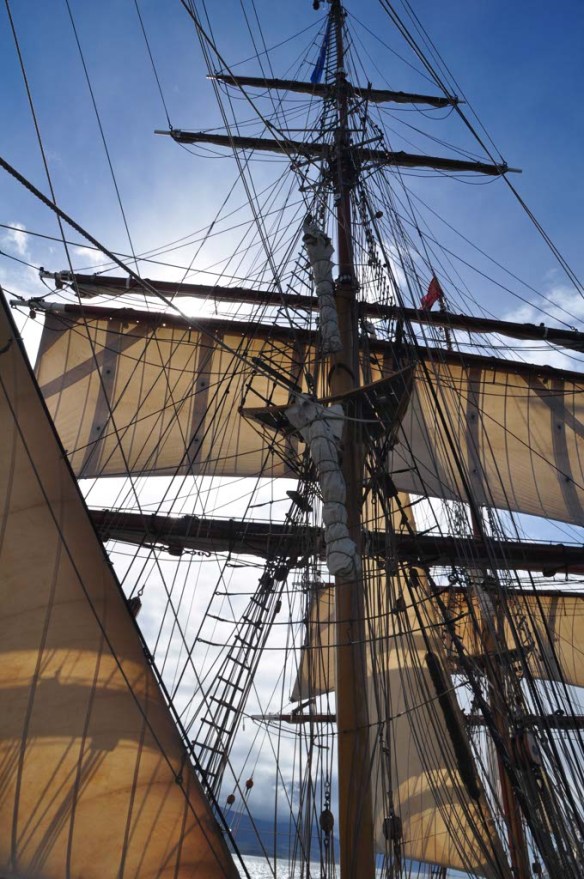 I failed. Attempts two and three at going aloft on tall ship Bark Europa were unsuccessful. So many others rose to the challenge yet I couldn’t wrap my head around it. I returned to my cabin teary-eyed and discouraged after every try. I was a failure; I had let myself down. Why was I making it so difficult? Why couldn’t I do it? I struggle with accepting defeat. I didn’t want to hear how I can try again or that I don’t have to do it or that it’s okay. I felt angry to even hear the words. I would rather others look me in the face and say, “Wow, you really blew that one” than to try and make me feel better. I’m angry at myself for being defeated and I’m angry at others for encouraging defeat. I need someone to say that it’s not ok to quit. I need someone to say that I’m not a coward so stop acting like one. I need to climb up those rungs with someone behind me that won’t let me down until I do it. I need to try until I can’t see through the tears or until I fall then I need to try more. Why do we say it’s okay when someone can’t conquer their fears? Why do we immediately default with accepting fear? Is it unhuman to expect greatness?

So I climbed those rungs again with a different attitude this time. I was getting over the ledge or I would not come back down. I reached the top and it was time to suck it up and do it. Then, I looked around and saw the majestic beauty that surrounded me. I was in Antarctica on a ladder looking down over Europa. The cloud-dotted sky was reflected in the ocean and the sun beamed brightly on the crisp, white snow. The cliffs darted up into the sky and dropped off deep into the sea creating more shades of blue than I knew existed. The goal shouldn’t have been to climb over a ledge. Who cares? I had Antarctica below me within reach. I caught sight of the shore and what I had already accomplished was glorious. 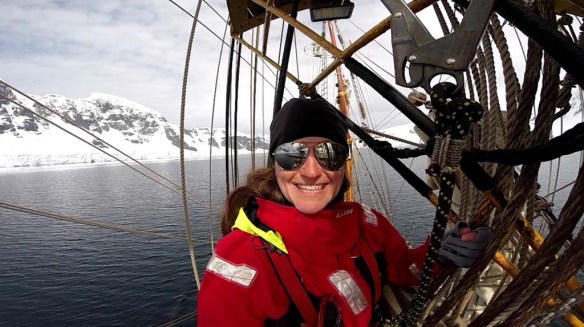 I was so caught up in the task that I forgot what I was doing up there in the first place. I stopped, took a deep breath, lived in the moment above Europa, took a few photos and a video, and climbed back down. I’ll save climbing over the ledge for another day and it is okay with me. I’m not defeated; I’m just getting started. 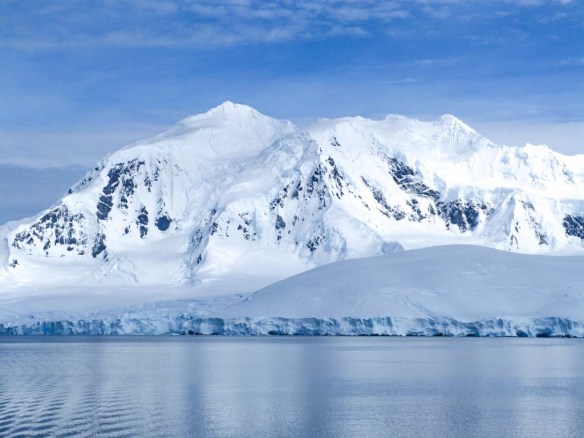 It was only the day after I accepted defeat that I was able to climb over the edge and sit on the platform above Europa. Something in me changed. It wasn’t a necessity anymore. I had nothing to prove. I had already proven that I can’t do everything the first time.

A sat on my lofty perch for over an hour looking out at the ocean and the watching the dolphins splash in the waves below.

I thought about the fear that had gripped me just minutes before and played it over and over in my head to understand it better. Where was it coming from? Was it mental or physical? What changed to make me put my hands on the higher rung and pull?

Can we truly understand fear? I think if I can, I can master it. Sometimes, like in this case, we have to shut off our brains and let our bodies do the work. All it was, in essence, was putting one foot in front of the other. The next time I fear something similar, I will reflect back to this moment and push forward.

“To escape fear, you have to go through it, not around.” Richie Norton

Without Bark Europa, Whitecaps Marine, and Pilotur, this once-in-a-lifetime opportunity wouldn’t have been possible.

39 thoughts on “Catching Sight of the Shore from Bark Europa”