Athena is generally a happy child. She likes to sing and dance and play. She’s full of energy and life and she’s usually smiling. Since we’ve arrived in Chattanooga, though, it’s been a happiness overdrive. Our trip here has been the perfect combination of fun activities and good company. We’re traveling with two other families. One family has a little girl the same age as Athena. The other family has two girls ages 10 and 12. At Ruby Falls and Rock City, Athena explored with a friend her age and today at the Tennessee Aquarium and the Creative Discovery Museum, she hung out with the older girls and learned from their mature attitudes. It’s been one child-friendly activity after another and the smiles keep getting bigger.

Our first stop on the trip was to Ruby Falls. Ruby Falls is a breathtaking waterfall located over 1,120 feet below the surface of Lookout Mountain in Chattanooga, Tennessee. We  descended 260 feet into historic Lookout Mountain by elevator. Then, we walked along the cave until we reached the thundering Ruby Falls. Athena was amazed by all the shapes that were formed underground and we tried to come up with creative things they could be like making shapes out of clouds. When we reached the falls, she said it was magic and she happily searched for mermaids. She was a “discoverer” and this was her playground.

After we exited the falls, there was an actual playground on site. The four girls played together on the slide and enjoyed the fresh air. Whenever you ask Athena what her favorite thing in the world to do is, her reply is always the same. There is no place better than the playground. 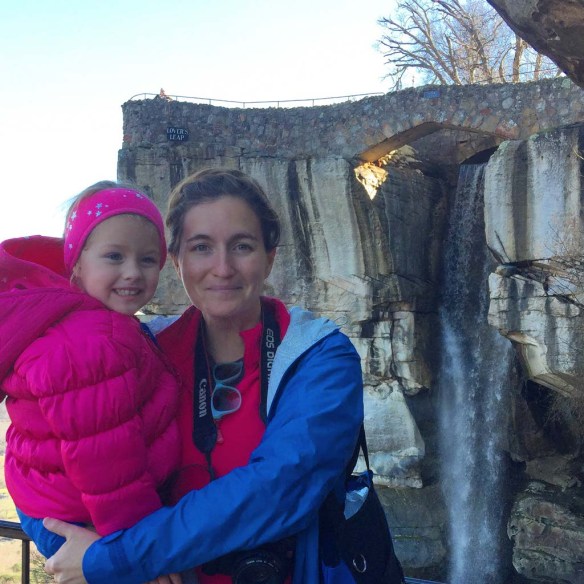 In the afternoon, we roamed Rock City, an enchanted 4,100-foot walking trail featuring massive rock formations, bridges, waterfalls and panoramic vistas. Athena stayed close to me around the waterfall, but she broke out the dance moves and played with the girls when we were safely on the path or roaming the gardens. 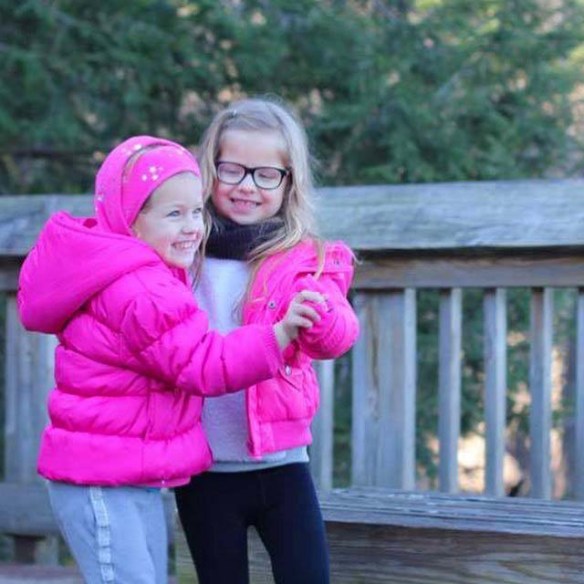 The older girls modeled the tango and the younger girls followed closely behind. It’s beautiful to experience the friendships that children make so easily. They were instantly best buddies.

Even the older girls treated Athena like a friend rather than a nuisance, which is a reflection of their wonderful parents. The eldest girl held Athena’s hand and watched out for her like a big sister. My heart was filled with joy but also a little bit of sadness. I’m happy with having one child and we don’t plan on having more but when I see the bond between sisters and Athena’s happiness when she’s with other children, it makes me question my decision to only have one. As parents, we are always riddled with so many questions. Ultimately, we all just want the best for our children. But… look at that smile. I must be doing something right.

Athena gravitated toward the older girls again today. At the Tennessee Aquarium,  we saw sturgeons, electric eels, sharks, stingrays, colorful reef fish, penguins, a butterfly garden, interactive encounters, and the list goes on. The girls pointed out fish to each other and marveled at the beautiful life under the sea. I could tell Athena something five times and it might not stick but when one of the older girls explained something to her, she listened so intently that I don’t know if it will ever be forgotten. That’s one of my favorite parts about Athena hanging out with older kids that are positive role models. Kids soak up the knowledge of other kids like a sponge. 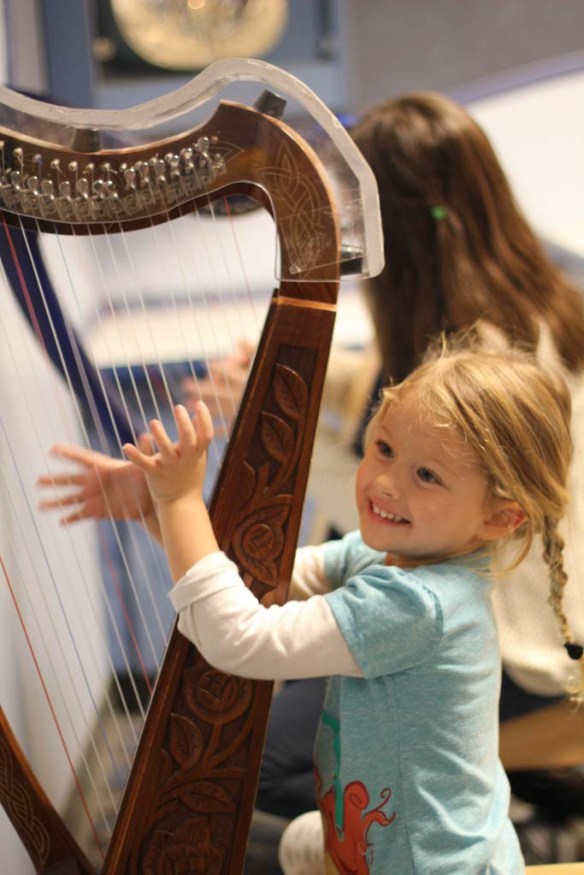 Our second stop today was at the Creative Discovery Museum. She was so happy here that I couldn’t stop taking pictures of her. She dug for dinosaur bones at the Excavation Station. She created a play with the other girls at the Back Alley Theatre. She lifted herself up with a pulley system at the Rooftop Fun Factory. She climbed on RiverPlay’s 2.5 story-high climbing structure. I bet her cheeks hurt from smiling so much. I wish I could bottle all of the happiness and save some of it for a rainy day. 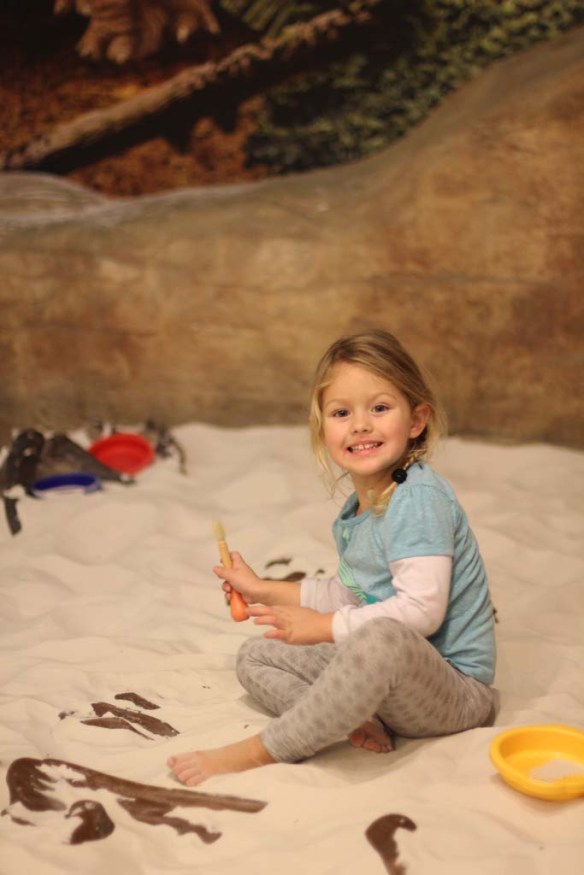 The Chattanooga Zoo, Southern Belle Riverboat, Tennessee Valley Railroad Museum, Chattanooga Choo Choo, and High Point Climbing and Fitness are all still left on our schedule. For such a small city, Chattanooga does an unbelievable job at packing in family-fun activities and bringing on the smiles. And when she’s happy, I’m happy. That smile is contagious.

23 thoughts on “Chattanooga Puts a Smile on Her face”