We arrived at Tsasdi Resort in Lakehead, California with high hopes of exploring nearby waterfalls, lakes, and caves. There’s so much to experience in the Lake Shasta area and I never want to miss an opportunity to see or do something new. Once we checked in, though, we completely changed our outlook. Staying at the resort and utilizing the dock was the best way to spend the entire afternoon. We could easily go with the flow and avoid a schedule completely. 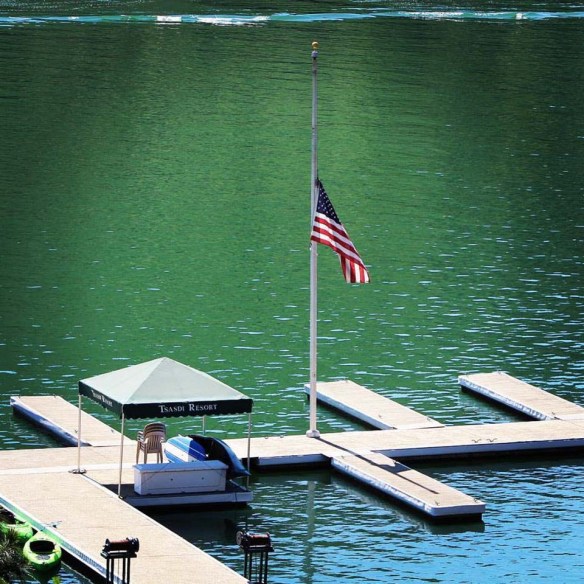 When we checked in and met the owners, they gave us a tour of the property and explained the possible water activities at their private dock. Athena asked if we could go kayaking and I agreed. She hadn’t asked to do anything the entire trip. She happily followed along as I told her what we were doing and where we were going. So when she asked for a specific activity, it was only fair to agree.

We put our bathing suits on under our clothes and walked down to the dock. Rather than getting in a big double kayak, we chose a small single and climbed inside. It was almost 100 degrees outside but there was a nice breeze on the lake and I splashed water on us with the paddle when we felt warm. 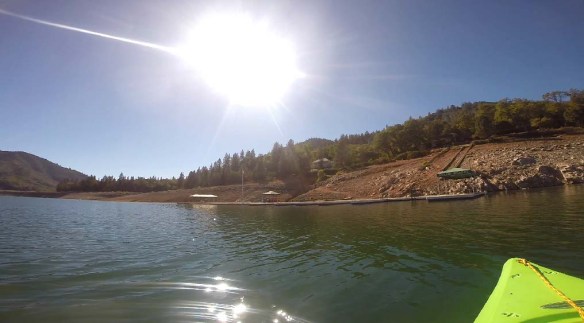 I planned to paddle to the bridge and be back within the hour but we started singing and almost two hours had gone by before I looked at my watch again. It’s easy to pass time on the lake, especially when you’re singing and having fun.

When we arrived back at the dock, Athena asked if she could jump in. It always makes me smile when she wants to try something adventurous. 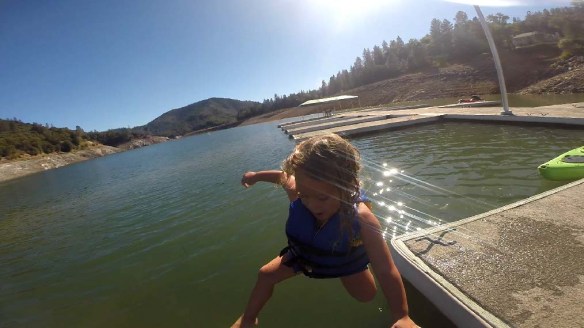 She tried running jumps and side jumps but she wasn’t sinking enough in the water. I helped her take the life jacket off and she kept going. Although she was having tons of fun on her own, I wanted to join her. Another hour passed in the blink of an eye.

This is my favorite age so far with Athena. She’s old enough to share in conversation and participate in most activities but young enough to still cuddle and look at everything with wonder and joy. 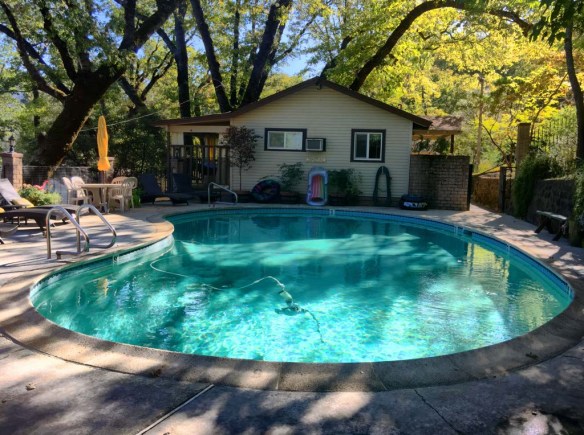 We spent over three hours at the dock. As we walked back to the cabin, Athena asked if she could jump in the pool since she was already wet. The owners told us it was pretty cold this time of year but I didn’t mind if she wanted to play on the stairs.

I should have known it wouldn’t be too cold for her. She was in and playing on a tube within two minutes.

It was almost dark when we finally set foot back in our cabin. She found a quilt and cuddled up next to me on the bed to get warm. We didn’t make it to one waterfall or venture off the property all day but it was one of my favorite days together. We laughed, sang, played, had a little bit of adventure, and snuggled. It doesn’t get any better.

27 thoughts on “Going with the Flow at Tsasdi Resort”