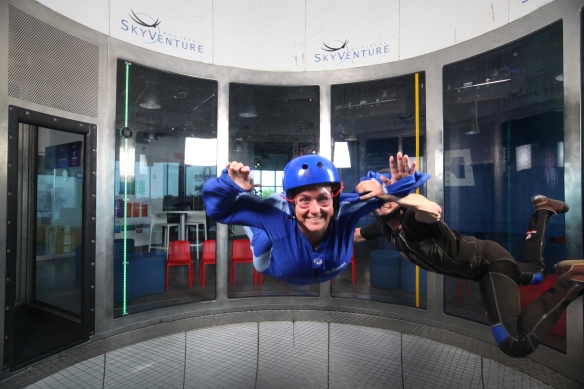 We’ve been discovering the best of the best for adventure, dining, accommodations, relaxation, and outdoor fun in Montreal since moving here last year and we all agreed that our favorite experience in or around the city so far has been with SkyVenture Montreal. We defied the law of gravity in an indoor freefall simulator and we knew we’d be returning soon. Our first experience with SkyVenture was in June and Cord mentioned that it would make a great birthday present.  I was elated at the thought of returning. I booked us again and we returned as a birthday surprise.

The day before Cord’s birthday I asked him if he could come home a little early. We were all set with SkyVenture at 4 pm and we needed to arrive 30 minutes before. We already had our training so it was just a quick refresher before getting suited up and preparing to get back in the simulator.

When Cord arrived home at 3 o’clock, I told him where we were headed. He’s not the overly excited type but he got dressed right away and he was the first one at the door waiting to go. His anticipation was obvious even if he wasn’t jumping up and down like Athena and I.

The staff at SkyVenture was an laid-back and friendly as our first experience and they gave us a refresher before we began. 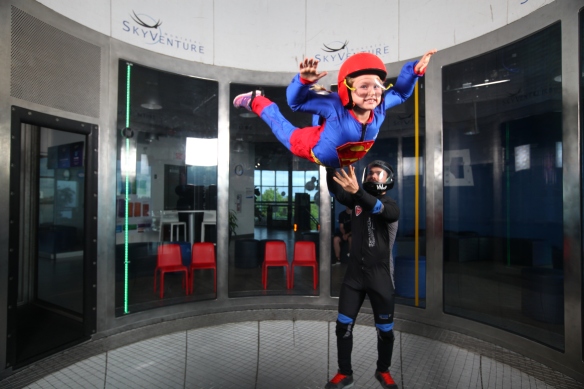 They now has super cool suits to wear and Athena proudly put on a Superman flight suit for her experience. My heart melted watching her put on the most adorable outfit and I was bursting with pride at her excitement for another adventure.

I watched Athena fly higher and higher and I was equally filled with excitement for her accomplishments. Doing it as a family was more rewarding. We could share this remarkable feeling and truly understand how special it is because we did it together. 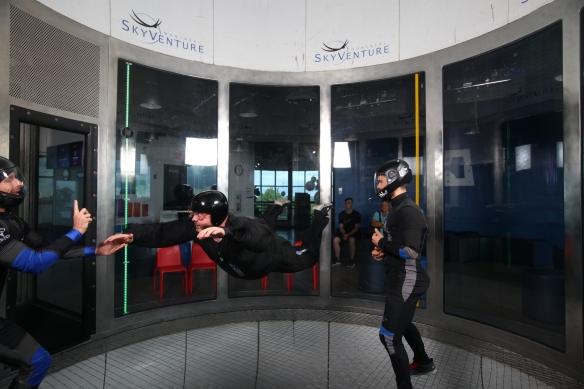 Cord had The Ultimate Package of ten flights so he had double the time in the simulator. You could see how quickly he was understanding the concepts and putting them into action. He was able to fly forward and backward, up and down, and maneuver turns. We’re a long way from doing flips and running up the walls like the instructors but the journey is the best part. 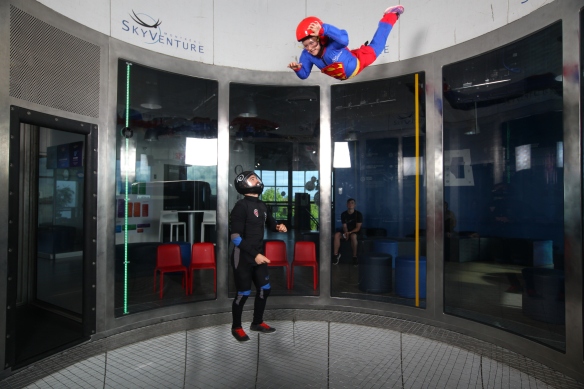 SkyVenture Montreal gives you all the joy of freefall with absolute minimum risk. Kids as young as four can participate and it’s an adventure for the whole family. We never felt nervous or fearful. It was just beautiful and empowering. 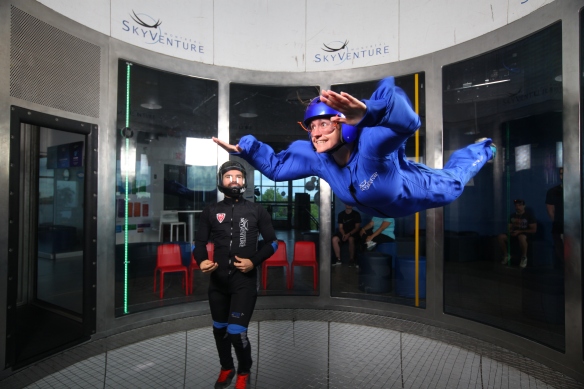 The first time at SkyVenture was unbelievable but the second time was even better because we all began to understand the movement and fly more consistently. It’s rare that I find an adventure that I want to do over and over again because there is still so much new to experience but I can’t wait to get back to SkyVenture Montreal, again. They even have a frequent flyer program so we can get in the simulator together and lower the costs. With my birthday only a month away, I better start casually hinting now.

4 thoughts on “Birthday Surprise at SkyVenture”