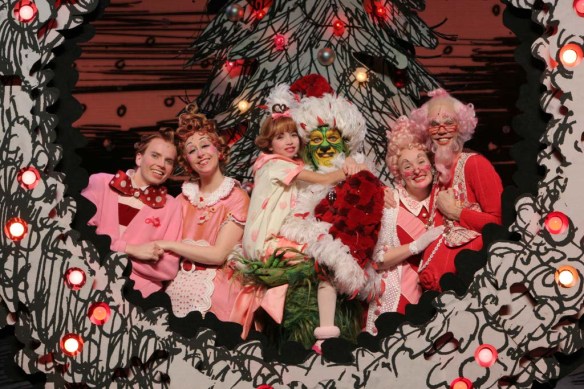 She did it! 90 minutes of no-intermission and not a tear in her eye or a whine in her voice. No, not Athena! She clapped loudly after every scene and sat wide-eyed with excitement as the Grinch won her heart along with Cindy Lou’s.

Last night, we attended Dr. Seuss’ “How the Grinch Stole Christmas! The Musical” at Segerstrom Center for the Arts and it showed me that children are more capable than we give them credit for. END_OF_DOCUMENT_TOKEN_TO_BE_REPLACED 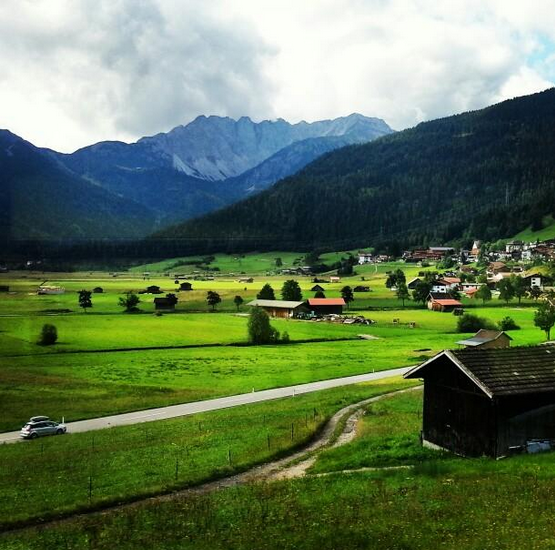 I asked Athena, “What do you want to do most today?” “I want to ride the train,” she replied just as quickly as I’d asked. It’s been her favorite thing to do. She loves the entire process including getting tickets, riding the elevator, waiting on the platform, listening to the conductor blow the whistle, picking a seat, giving her ticket to the conductor, and watching everything pass by out the window. It’s all like going to an amusement park and I get to experience it with her rather than driving myself. The public transportation system is definitely toddler and parent approved.  END_OF_DOCUMENT_TOKEN_TO_BE_REPLACED

Tomorrow, Athena and I leave for Germany. It’s just us and planes, trains, buses, castles, parks, unique accommodations, bucket list adventures, family fun, and authentic cuisine. Without a doubt, I’m excited and so is Athena. We’ve been dreaming about it for more than a month, talking about all of the new experiences we’ll have and what we’ll see. What excites me, though, is equally matched by what scares me. I’m traveling internationally with a toddler who definitely exhibits moments of “the terrible twos.” What am I thinking as I plan for this bonding experience? Find out below.  END_OF_DOCUMENT_TOKEN_TO_BE_REPLACED

For years, an ancient, semi-nomadic tribe of herders known as the Himba has drawn photographers to Namibia’s northwest. The community living among the majestic Makalani palms at Palmfontein invite visitors to learn more about their proud and ancient lifestyle and culture. While still a traditional tribe, they are becoming familiar with looking at themselves through a camera screen. When I arrived with a GoPro, though, their reaction was priceless. I showed a few children, both young toddlers and older teens, how to hold the GoPro and my Canon T2i and what things looked like through the viewing screen. They took a few photos and videos for themselves and results are beautiful! END_OF_DOCUMENT_TOKEN_TO_BE_REPLACED

I’ve already crossed off more than half of this year’s bucket list and I’m only 4 months in. What has this taught me? Creating a completely unrealistic list of items you want to accomplish is a fantastic idea and the best way to make your dreams a reality. If you can dream it and write it down, it becomes tangible even if it is utterly insane.  Here’s an update on this year’s list. The blue items are clickable and already complete.

END_OF_DOCUMENT_TOKEN_TO_BE_REPLACED

Recently I visited Riga, Latvia and thousands followed along as I explored this year’s European Capital of Culture. It was even better than I imagined.Careful observation and unhurried recreation in Latvia allowed me to unveil a multi-cultural gem with locals, much like Canadians, who enjoy life and appreciate their cultural roots steeped in traditions and values. From Air Baltic’s CEO to the staff at the hotels to the locals in the streets, the people in Latvia are down-to-earth, friendly, and appreciative. It is a country that reflects its entire history. From the diverse architecture to the performances, Latvia is as diverse in its offerings as its people. Do you want to see for yourself? I’ve found a way that could make that a possibility. END_OF_DOCUMENT_TOKEN_TO_BE_REPLACED

After 2 years of extensive travel around the world, I’ve chosen my five favorite luxury resorts. These establishments stand apart for their personalized approaches, creativity, extraordinary physical attributes, impeccable standards of excellence, and extensive amenities. They are the ultimate in luxury and sophistication. I’ve only included resorts that I’ve visited in the last two years. While there are thousands of resorts I’d like to consider, I have to cross them off my list first. END_OF_DOCUMENT_TOKEN_TO_BE_REPLACED

I wanted to visit Latvia since I learned about its strategic war location in high school. I figured as the heart of Europe, it would have a diverse culture with even more diverse architecture. It wasn’t a wrong assumption and Riga’s role as the European Capital of Culture this year is proof. What I didn’t realize is that it’s home to great adventures in Sigulda, including bobsledding, rock climbing, bungee jumping, and a Tarzan park, and the town of Jurmala is an extremely popular beach destination. With therapeutic thermal waters, peat mud, pine forests, healthy maritime climate, dunes, and beaches covering 32.8 kilometres, Jurmala is the largest resort city in the Baltic States. Since it’s too cold for swimming , I wasn’t exactly looking to get in the water but seeing the Baltic Sea was on my list this year so I made the short drive from Riga to Jurmala to check another item off of my 2014 list. What I found was more than a check mark; it was magnificent! END_OF_DOCUMENT_TOKEN_TO_BE_REPLACED

Today, I toured locations used during the filming of “The Sound of Music”. The story is based on real characters: the novice Maria, later to become Baroness von Trapp, and her children. It was Julie Andrew’s most successful role in the movie, “The Sound of Music”, for which she received the Golden Globe in 1966. The film won five Oscars and went around the world. Music fans fell in love with its songs and the picturesque scenery in Salzburg. The film locations at Nonnberg Convent, Leopoldskron Palace, the Mirabell gardens, and Hellbrunn Palace have not changed and still entice visitors to search for traces of the movie. Panorama Tours helped me, along with six others, relive the scenes from the movie at actual locations. Rather than telling you which locations were part of filming, I thought I’d test your knowledge. Do you recognize any of the photos as actual scenes from the film?  (Not all photos are from The Sound of Music locations.)

Even if you don’t like The Sound of Music, you’ll enjoy the tour of Salzburg.

END_OF_DOCUMENT_TOKEN_TO_BE_REPLACED

Have you ever arrived at a destination only to be so surprised by the majestic beauty that you’re at a loss for words? When I walked across the bridge into the heart of Salzburg, I was in shock. Hohensalzburg Fortress hung over the city and was an awakening of the senses. Powerful and grand from a distance, the Hohensalzburg Fortress is a real eye-catcher on the high baroque towers of the city. With bells literally ringing, I stared up at the fortress walls in awe. I had to go up!